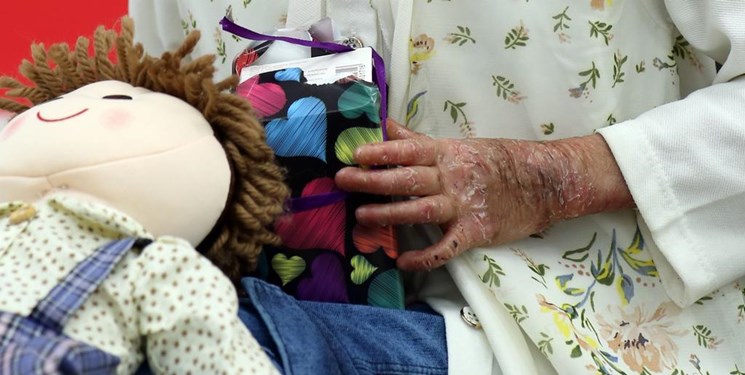 TEHRAN (FNA)- The Iranian EB patients who have severely suffered the lack of medicine due to Washington’s harsh sanctions have called for the expropriation of a seized US oil cargo in compensation for the harms.

Iran’s epidermolysis bullosa (EB) Foundation urged the expropriation of a seized US oil shipment in damages for the harm inflicted on the Iranians EB patients by Washington’s embargos.

It officially made an appeal on Tuesday, making a reference to one of the two Greek-flagged ships that Iran seized in the Persian Gulf last month.

The US launched the so-called maximum pressure campaign of sanctions against Iran in 2018, after unilaterally exiting the Iran deal.

The sanctions have restricted the financial channels necessary to pay for basic goods and medicine, undermining supply chains by limiting the number of suppliers willing to facilitate sales of humanitarian goods to the country.

Iran has repeatedly denounced the sanctions as an act of “economic war”, “economic terrorism”, and “medical terrorism”.

According to the EB Foundation of Iran, the adverse impacts of the sanctions, which are part of the US’s “maximum pressure” campaign against Iran, are deepening the wounds of EB patients and need to be remedied immediately.

The foundation demanded the expropriation of the US-owned oil shipment of Prudent Warrior in damages for patients suffering from the rare skin disorder and as a proportional response to Washington’s illegal conduct.

“Our minimum demand is that the cargo of the ship be confiscated in favor of EB patients, so that perhaps a small portion of the material and spiritual damage to them will be compensated,” it said.

It explained that the “criminal” sanctions that were unilaterally imposed on Iran by the US have prevented EB patients from accessing special dressings and, as a result, have inflicted “numerous severe physical and psychological wounds on these patients and their families”.

The foundation further slammed the US sanctions as a violation of fundamental human rights and international law, saying Washington has committed an act of “modern economic terrorism” by the bans.

“The barbarity of America’s irrational sanctions has even gone so far as to prevent access to humanitarian items that are vital to patients’ lives,” it lamented.

The ships, Delta Poseidon and Prudent Warrior, were confiscated by the Islamic Revolution Guards Corps (IRGC) on May 27 in a tit-for-tat move against an earlier seizure of an Iranian oil tanker by Greece under US request.

Earlier this month, a Greek court overturned an earlier ruling that allowed the US to keep part of the Iranian oil, in a blow to Washington’s attempts to tighten the sanctions on Iran.