China Warns US, EU Restrictions Against Russia Would Hurt World 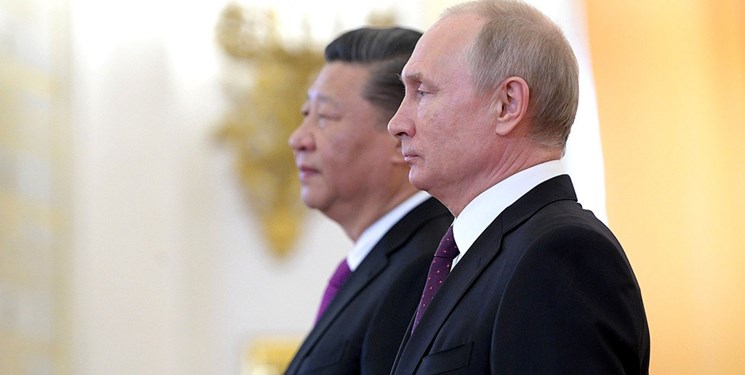 TEHRAN (FNA)- Chinese President Xi Jinping eviscerated the US and EU for imposing sanctions on Russia, warning that weaponizing their financial position would bring disaster to people worldwide.

“To politicize the global economy and turn it into one’s tool or weapon, and willfully impose sanctions by using one’s primary position in the international financial and monetary systems, will only end up hurting one’s own interests as well as those of others, and inflict suffering on everyone,” Xi said in his keynote speech at the BRICS Business Forum on Wednesday, CGTN reported.

Sanctions, Xi reiterated, “are a boomerang and a double-edged sword”.

Explaining that “history, if not forgotten, can serve as a guide for the future” and referencing the wars of the twentieth century, he described the “Ukraine crisis” as “another wake-up call for the world”, arguing that “blind faith in the so-called ‘position of strength’ and attempts to expand military alliances and seek one’s own security at the expense of others” will end badly for the aggressor.

The sanctions imposed by the US and EU on Russia have indeed caused immense economic suffering in the West, raising energy and food prices to record levels and leaving many countries struggling to replace Russian oil and gas with winter just a few months away. On top of that, inflation rampages across the West.

Xi brought up his country’s Global Security Initiative, announced in April as an effort to “reject the Cold War mentality”, oppose “the wanton use of unilateral sanctions and long-arm jurisdiction”, and resolve differences peacefully. He reaffirmed the need for peaceful solutions to international problems and stressed a focus on “win-win cooperation” rather than “zero-sum games".

The US has repeatedly denounced China for refusing to condemn Russia’s actions in Ukraine, insisting Beijing’s support for Moscow is placing it “on the wrong side of history".

The countries spoke by phone last week, with China vowing to continue supporting Russia on core issues and in international forums, while Russia affirmed its opposition to external forces’ efforts to interfere in Chinese affairs.

The BRICS Business Forum includes not just the BRICS countries - Brazil, Russia, India, China and South Africa, which together make up about a quarter of the global economy – but 13 other nations, including Indonesia, Kazakhstan, Argentina, and Thailand.