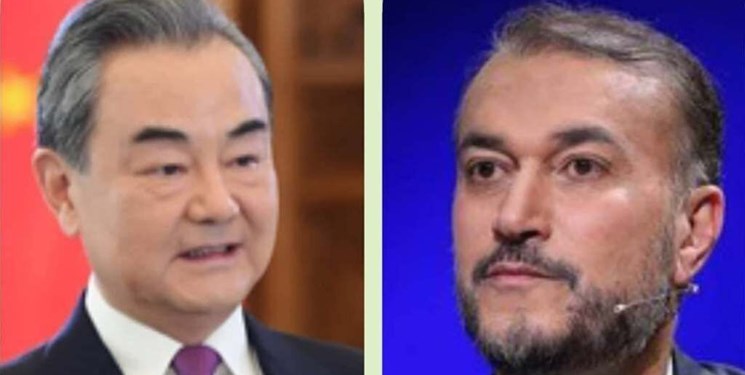 During the phone talk, the Iranian and Chinese foreign ministers explored avenues for bolstering and reinvigorating mutual cooperation in various areas.

He expressed the hope that China’s rotating presidency in BRICS will lead to the expansion of multilateral cooperation.

The Chinese foreign minister, for his part, welcomed President Rayeesi's decision to attend the BRICS Conference, and said that the objective of the dialogues is economic proximity of the developing countries.

Chinese President Xi Jinping as the host of BRICS Summit 2022, has invited President Rayeesi to attend the meeting and deliver a speech on Friday.

Rayeesi will discuss the Islamic Republic's viewpoints on international issues and the development of trade and economic cooperation with other countries at the event, which will be held on Friday.

The meeting will discuss "high-level talks for global development".