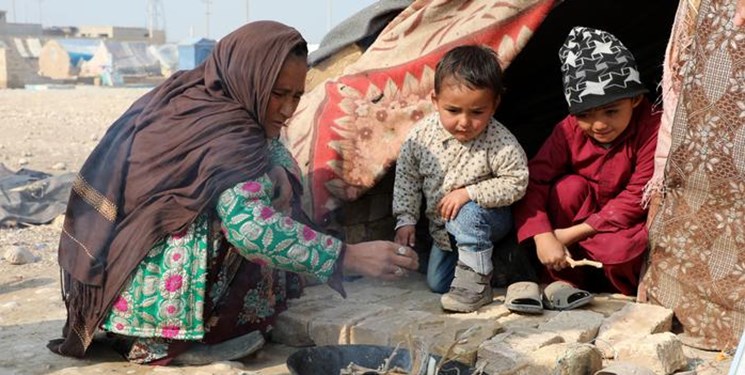 TEHRAN (FNA)- An EU parliament member criticized the West over its massive financial support for Ukraine while failing to provide humanitarian aid to war-ravaged Afghanistan.

Speaking at a European Parliament session on Afghanistan Friday, Mick Wallace lashed out at the West over its unflinching support for Ukraine while turning a blind eye to Afghanistan’s urgent need for food aid, presstv reported.

Wallace, an independent Irish member, blamed the US and the NATO for the multiple crises facing Afghanistan, reminding the West of its two-decades-long occupation of the country.

“The Americans spent 300 million a day destroying the place and now we are starving them. The World Food Program could only gather a third of the money that they need to feed the millions they are trying to feed. And neither the European Union nor the Americans are prepared to give them as much money as they want… We can find all the money on the planet to pour arms into Ukraine but we can’t feed the Afghans whose lives we destroyed for 20 years,” he added.

The dire situation in Afghanistan unfolded after the US-led allies pulled out of the country in August last year, paving the way for the Taliban's dramatic comeback.

Almost ten months since the US-led international coalition beat a hasty retreat from Afghanistan and announced a freeze on its assets, the country is grappling with a major humanitarian crisis.

According to aid agencies and human rights watchdogs, children are the worst affected.

Meanwhile, the country has about $9 billion in assets overseas, including the $7 billion frozen in the US.

In February, US President Joe Biden signed an executive order that would seize the Afghan assets and move half of them to a fund purportedly designated for humanitarian aid for Afghanistan.

However, Biden nodded to legal wrangling with some 9/11 families pursuing claims against those assets as the reason for not trying to free the other half of Afghan funds.

The freeze has continued amid Afghanistan's economy being on the verge of collapse, soaring inflation, and millions of Afghans on the brink of starvation.

The Taliban government has repeatedly called for the release of the frozen assets, but Washington has continued to rebuff the calls.

The UN has previously warned that without financial aid or humanitarian relief, Afghanistan will be on a “countdown to catastrophe”.

In a latest tragic incident in Afghanistan, a 6.1-magnitude earthquake struck the Eastern part of the country early Wednesday in arid mountains dotted with small settlements near the border with Pakistan.

The earthquake has reportedly killed over 1,000 people and injured 1,500, leaving more than 3,000 houses in ruins.

Poor communications and a lack of proper roads are hampering relief efforts in the country.

This is the deadliest earthquake to hit Afghanistan sitting in the lap of the Hindukush Mountains since 2002 when a magnitude-6.1 earthquake killed around 1,000 people in northern Afghanistan.

Before that, in 1998, a magnitude-6.1 earthquake and following tremors in Northeast Afghanistan resulted in the death of at least 4,500 people.