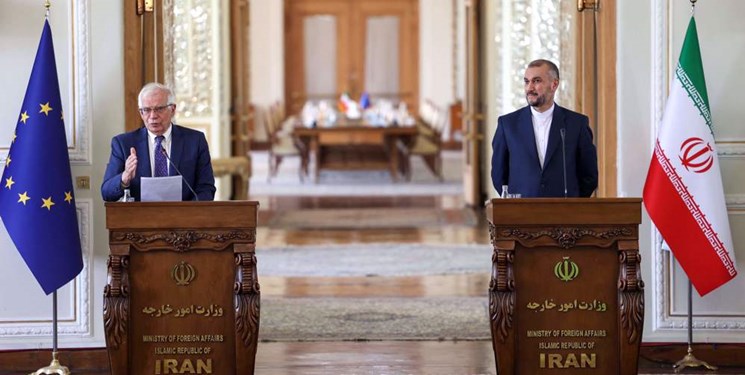 TEHRAN (FNA)- High-ranking Iranian and EU officials confirmed that Tehran and the world powers will resume the Vienna talks on the removal of the US sanctions in coming days.

Iranian Foreign Minister Hossein Amir Abdollahian said that Tehran is ready to resume the stalled talks with the G4+1 countries (China, Russia, Britain and France plus Germany) in Vienna.

He made the remarks on Saturday in a joint press conference with European Union foreign policy chief Josep Borrell in Tehran over the removal of the sanctions under the Joint Comprehensive Plan of Action (JCPOA).

Iranian officials do not directly negotiate with Americans as the US unilaterally withdrew from the deal in 2018 and re-imposed sanctions against Iran.

During the talks in Vienna, which have been on hold since mid-March, US negotiators communicated with Iranians through European intermediaries.