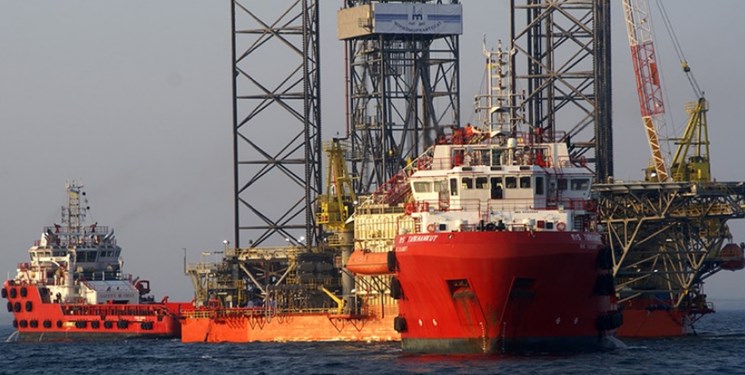 TEHRAN (FNA)- A Russian offshore drilling rig in the Black Sea has been shelled, in the second similar attack in less than a week, a spokesperson for Crimea’s emergency services told TASS on Sunday, blaming the strike on the Ukrainian military.

Earlier, the Baza Telegram channel, citing its own sources, reported that a projectile which had hit the Chernomorneftegaz-owned Tavrida floating drilling rig overnight, left a hole in the platform’s helipad.

“This is shelling by the Armed Forces of Ukraine, there are no casualties,” the region’s emergency services spokesman said without providing further details.

On June 20, the head of Crimea, Sergey Aksyonov, revealed that Ukraine had shelled the Chernomorneftegaz drilling platforms 71km from Odessa.

Three platforms were damaged, including the Tavrida. One of the platforms (BK-1) was completely destroyed. Seven people are missing, and three sustained injuries. In total, there were 109 people on the platform, with the majority of them subsequently evacuated.

The Russian Investigative Committee opened a criminal case in relation to the June 20 shelling.

Earlier this month, the Ukrainian presidential representative for Crimea, Tamila Tasheva, said Kiev is now relying on military means to ‘return’ Crimea to Ukraine, and that Russia’s military campaign prompted Kiev to largely abandon diplomacy regarding the peninsula’s ‘de-occupation’.

Ukrainian troops have been losing territory to Russia and allied forces in Donbass, even as Western nations supply more sophisticated weapons to Kiev. Several Ukrainian officials have stated that the pledge to not use foreign weapons to attack targets in Russia does not apply to Crimea, which Kiev considers part of its territory.