Johnson Warns Russian Victory in Ukraine Would Be "Absolutely Catastrophic" 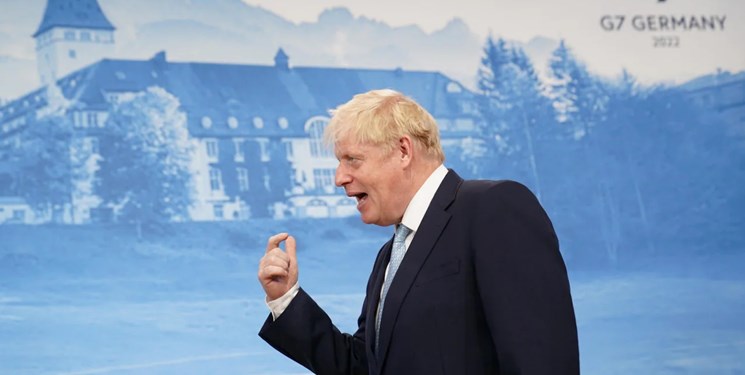 Speaking to Jake Tapper on CNN's "State of the Union" hours after Ukraine claimed Russian missiles hit Kyiv, Johnson urged Americans, Britons and others in the West to maintain resolve in punishing Moscow, despite the effect the war has had on global oil prices.

"I would just say to people in the United States that this is something that America historically does and has to do, and that is to step up for peace and freedom and democracy," Johnson said.

"And if we let Putin get away with it, and just annex, conquer sizable parts of a free, independent, sovereign country, which is what he is poised to do ... then the consequences for the world are absolutely catastrophic," he added.

He earlier promised further financial support for Ukraine — including another $525 million in guarantees for World Bank lending later this year, according to Downing Street.

Johnson also cautioned against fatigue over the war, stating, "Now is not the time to give up on Ukraine."

Russia attacked the neighboring state following Ukraine’s failure to implement the terms of the Minsk agreements, first signed in 2014, and Moscow’s eventual recognition of the Donbass republics of Donetsk and Lugansk. The German- and French-brokered protocols were designed to give the breakaway regions special status within the Ukrainian state.