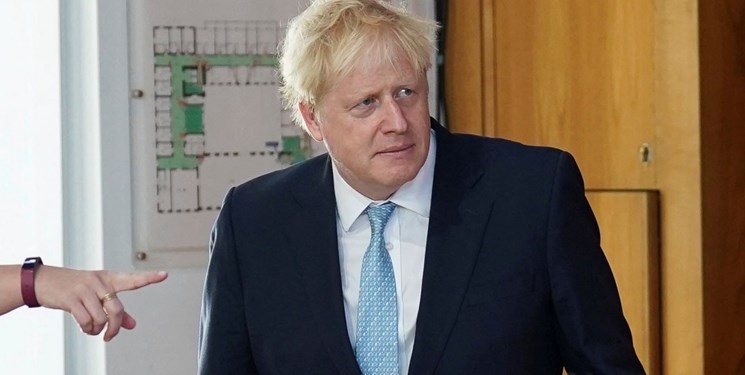 TEHRAN (FNA)- Boris Johnson is facing a renewed bid to topple his premiership after a flurry of new no confidence letters were reportedly submitted to the 1922 committee.

The fresh rebellion against the prime minister was allegedly provoked by his suggestion earlier on Sunday that he is planning to be lead the country into the 2030s, The Independent reported.

Speaking ahead of G7 summit, Britain’s prime minister insisted he was “thinking actively” about fighting the next two general elections to become the longest-serving post-war leader.

But rebels told the Daily Telegraph on Sunday evening that they had been contacted by MPs submitting new letters to the 1922 committee, despite Johnson earlier urging disgruntled backbenchers to focus not on the things he has “stuffed up”.

One former Cabinet minister told the newspaper, “Talking about a third term before even winning a second is taking voters for granted – that usually doesn’t end well.”

A second source said, “It has already provoked more letters”, while a third former Johnson loyalist added, “For some colleagues, it has an air of unreality – which is annoying quite a few of them.”

It follows the most recent blow to Johnson’s authority - the resignation of Oliver Dowden as Tory party co-chairman, which arrived on the back off the loss of Wakefield and former Tory stronghold Tiverton and Honiton.

Dowden said he and Conservative supporters were “distressed and disappointed by recent events”. He also told the prime minister that “someone must take responsibility”.

And the attacks kept on coming from his own backbenches on Saturday night, with Damian Green, who chairs the One Nation group of Tory MPs, warning that the government “needs to alter both its style and content” and calling on Cabinet members with leadership hopes to show their stripes.

Former Minister David Davis also lashed out at the prime minister’s claim that the only argument for a change of direction he had heard from his critics was for the UK to return to the EU single market, arguing this is “plainly not true of me, or many others”.