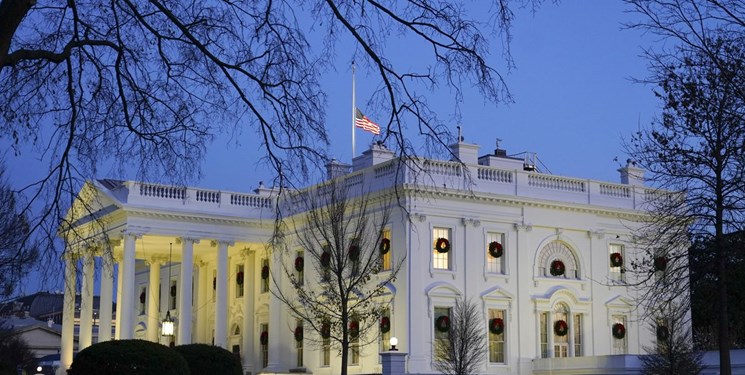 TEHRAN (FNA)- The US will impose "blocking sanctions" on state-owned defense companies and defense-related research organizations and individuals, the White House said in a statement.

"The United States Departments of State and the Treasury will aggressively target Russian defense supply chains by imposing blocking sanctions on major state-owned defense enterprises, in addition to defense research organizations, and dozens of other defense-related entities and individuals," the statement read, TASS reported.

The US is seeking "to limit Russia’s ability to replace the military equipment" it has already lost during the conflict in Ukraine, the White House added.

The US Department of Commerce will introduce the first restrictions against companies that help Russia bypass sanctions, the White House announced.

"The US Department of Commerce will take its first action against companies engaging in backfill activities in support of Russia by adding several companies around the world to the Entity List, which will prohibit those companies from purchasing US-made origin goods and technologies, such as semiconductors. State and Treasury will implement blocking sanctions against persons tied to aiding Russia’s evasion efforts. Commerce and Treasury will jointly issue an alert to financial institutions to aid in detecting potential violations of export controls," it said.

On February 24, Russian President Vladimir Putin launched a special military operation in Ukraine following a request for assistance from the leaders of the two Donbass republics. He stressed that Moscow had no plans for an occupation of Ukrainian territories, its goals being the country’s demilitarization and denazification. The West, in response to Russia's decision, introduced sweeping sanctions. A number of Western politicians have acknowledged that in fact an economic war against Russia is underway.

The United States will impose visa restrictions on about 500 Russian officials due to the conflict in Ukraine, the White House stated.

"The US Departments of Treasury and State will implement blocking sanctions on private military companies operating in Ukraine, Russian military units that have been credibly implicated in human rights abuses or violations of international humanitarian law in Ukraine, and Russia-installed senior officials in areas besieged or held by Russia’s forces, including ministers and mayors of contested cities. State will impose visa restrictions on approximately 500 officials for threatening or violating Ukraine’s sovereignty, territorial integrity, or political independence, or suppressing dissent in Russia," the White House added.

According to the White House, over 1,000 individuals and entities have already been sanctioned.

The United States announced the introduction of higher tariffs on more than 570 groups of goods from Russia worth about $2.3 billion, the White House reported.

"President [Joe] Biden is also announcing that, pursuant to Congress’s revocation of Russia’s trade status in the US, the US will implement a higher tariff rate on more than 570 groups of Russian products worth approximately $2.3 billion to Russia. These measures will restrict Russia’s ability to benefit economically from sales to the US market and are carefully calibrated to impose costs on Russia, while minimizing costs to US consumers," according to the document.

The decision of the US administration is timed to coincide with the G7 summit, which is under way in Germany.

It is noted that Biden and his colleagues in the G7 intend to use tariffs on Russian goods to help Ukraine.

On April 8, Biden signed bills, passed by the Congress earlier, on suspension of normal trade relations with Russia and Belarus. The suspension of this status will allow the US to set higher tariffs for Russian and Belarus than for all other WTO member states. This power will remain in effect until January 1, 2024. In the meantime, the US president would be able to restore normal trade relations with Russia and Belarus, should these countries cease what Washington considers aggressive actions against Ukraine, or under other conditions.