Hezbollah: Saudi-Israel Normalization ‘Stab in Back’ of Palestinian Cause 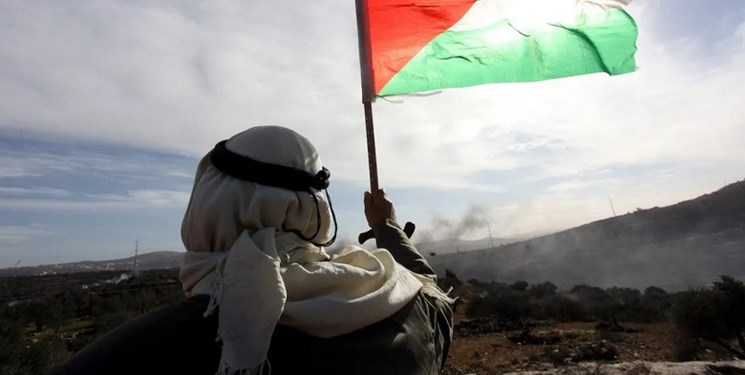 TEHRAN (FNA)- A high-ranking official from the Lebanese Hezbollah resistance movement denounced Saudi Arabia’s clandestine attempts to normalize diplomatic relations with Israel, stressing such moves constitute a “stab in the back” of the Palestinian cause and nation.

“Israeli threats against the ... resistance [front] are futile, and will not undermine Lebanon's strength, which depends on its army, nation and resistance front," Sheikh Nabil Qaouk, the deputy chief of Hezbollah's executive council, said on Monday.

He added, “Any alliance between Saudi Arabia and Israel will be like stabbing a dagger in the back of Lebanon, Palestine, Syria and the entire Muslim world.”

“Lebanon and Hezbollah are loyal to Palestine and the Palestinian cause,” Sheikh Qaouk pointed out.

Israel’s foreign minister has announced that the regime was looking to US President Joe Biden’s Middle East trip next month to help improve relations with Saudi Arabia.

“The fact that the president’s going to fly directly from here to Saudi Arabia is probably signifying that there is a linkage between the visit and the ability to improve relations,” Yair Lapid stated at a news conference in Al-Quds on June 15.

Even though Israel and Saudi Arabia do not have formal diplomatic relations, Riyadh has taken a number of steps recently toward normalizing relations with the Tel Aviv regime.

Back on May 30, Lapid noted the Tel Aviv regime was coordinating with the United States and Persian Gulf nations on a process to normalize and establish full diplomatic ties with Saudi Arabia.

“We believe that it is possible to have a normalization process with Saudi Arabia. It’s in our interest,” the Israeli foreign minister told Army Radio.

“We’ve already said that this is the next step after the [so-called] Abraham Accords to talk about a long and careful process,” he added, referring to the 2020 normalization deals that Israel reached with the United Arab Emirates, Bahrain, Morocco and Sudan under former US President Donald Trump.

Lapid warned that the process of normalization with Saudi Arabia would be a lengthy one with progress coming in small steps, asserting that both sides have security interests at stake.

Last month, a high-ranking Israeli official reportedly visited Saudi Arabia and met with a senior Saudi official, fueling speculation that the two sides could be taking reciprocal steps toward the “normalization” of their relations.

Israeli media outlets reported that the unnamed official traveled to the Saudi capital and met a senior Saudi figure inside the royal palace.

Hebrew-language Channel 12 television network described the visit as a sign that relations between Riyadh and Tel Aviv are “warming up".

According to the channel, the visit was meant to coordinate security cooperation between the two sides, among other things.