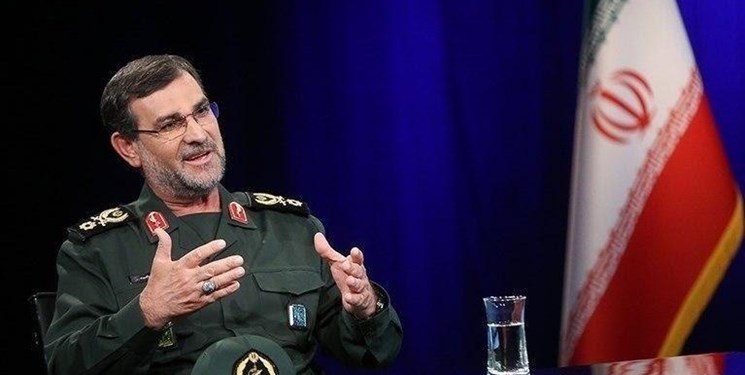 TEHRAN (FNA)- Commander of the Islamic Revolution Guards Corps (IRGC) Navy Rear Admiral Alireza Tangsiri said the presence of the trans-regional forces after the overthrow of Iraq's Ba’ath regime has been a cause of tensions in the region.

“Iran's enemies are in the waters of neighboring countries, and support for foreigners in the region means insecurity. If something happens, they will leave the region, so their deployment in the region after the fall of the Ba'ath party is a mistake,” Rear Admiral Tangsiri said on Monday.

He added that the Iranian forces are closely monitoring the entire region.

Rear Admiral Tangsiri said that following the confiscation of an Iranian oil tanker by Greece at the order of the US, Iranian naval forces seized two Greek ships.

He added that very strong winds were blowing when the Iranian forces landed on the Greek tankers, but that did not deter the Iranian naval troops from fulfilling their mission.

Rear Admiral Tangsiri said the IRGC’s Navy seized the two ships simultaneously while they were in two different locations.

He also said that at present, the trans-regional forces are not actively present in the Persian Gulf and they are actually in the Southern parts of the waterway and not the Iranian waters.

He added that enemies of the country are not present in the areas under the control of the Islamic Republic of Iran.

Whenever the enemies move toward Iran's sea borders, they are forced to retreat by the timely action of the IRGC Navy forces, Rear Admiral Tangsiri noted.

He underlined that there is complete security on Iran's sea border and no danger threatens this security.

Rear Admiral Tangsiri also emphasized that the zealous forces of the IRGC Navy enjoy full readiness and combat capability, so that no hostile move would happen in Iran's waters.