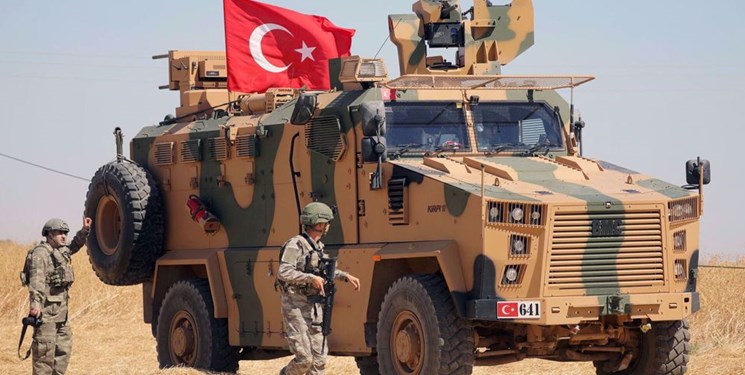 TEHRAN (FNA)- Syrian Foreign Minister Faisal Mikdad deplored the situation in the occupied Northern flank of the war-ravaged country, stating that the situation is “on the verge of a catastrophe” in the region.

In an exclusive interview with the Arabic service of Russia’s Sputnik news agency on Monday, Mikdad said that Turkey is set to make a demographic change there and construct illegal settlements.

“Turkish practices in Syria are a blatant example of disregard for the minimum civilized and moral values, international law, and the Charter of the United Nations,” he said.

He warned that “The situation in Northern Syria is on the verge of a disaster if [Turkish President Recep Tayyip] Erdogan insists on the ongoing offensive there. What he really plans is to cleanse the ethnic population and build new settlements in Northern Syria.”

“The Satanic dreams of the Turkish regime will never come true as the Syrian nation is united to confront the threats uttered by Erdogan,” he asserted.

Mikdad further said “anyone who seeks justification for Turkish and Western attacks on Syria should refer to their conscience and feelings. They will then find it essential to support Damascus and push for the expulsion of occupying Turkish forces in order to secure a political solution to the Syrian conflict.”

“The occupation of Syria’s territory by Turkey and the United States is a violation of Syrian sovereignty and is in contravention of international law and Security Council resolutions,” he concluded.

The remarks came after Erdogan said the Turkish army will start a new operation in Syria as soon as the preparations are finalized.

“We will begin a new military operation in Syria as soon as our preparations are completed,” he told reporters earlier on Monday after a cabinet meeting.

The new incursion aims to link the broken security corridor that the Turkish military has established along the Turkish-Syrian borderline, he asserted.

“I would like to underline that the efforts to distract us from our goals are futile. Our cross-border operations are like our balanced and consistent attitude towards crises. We will start new operations,” Erdogan said.

Turkey has been conducting several incursions against neighboring Syria’s Northern parts since 2016 to fight back against Kurdish militants known as the People’s Protection Units (YPG).

Ankara associates the YPG with the Kurdistan Workers’ Party (PKK) terrorist group, which has been fighting a deadly separatist war against Turkey for decades.