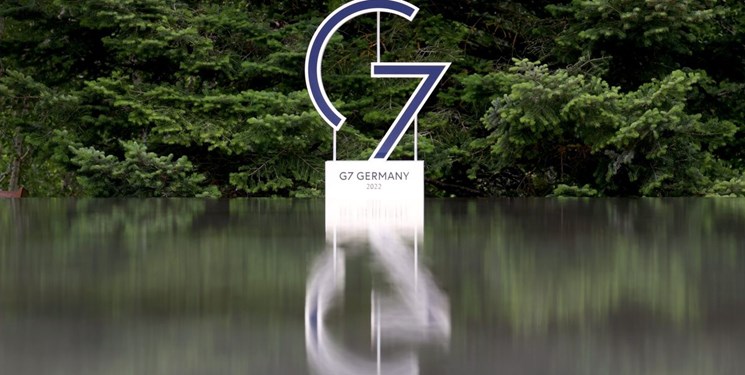 TEHRAN (FNA)- Leaders of the G7 advanced economies on Tuesday reached a broad agreement to seek ways to impose a price cap on Russian oil, overcoming interventions from France that had sought a worldwide scheme, two officials told POLITICO.

Having reached that overarching consensus on seeking options to impose the price limit on Moscow's exports, the G7 members will now have to do further work on the technical options of how to deliver it.

The agreement, reached in the early hours of the third day of the G7 summit at Schloss Elmau in the Bavarian Alps, follows growing frustration among Western countries that their embargoes on Russian oil have had the counterproductive effect of driving up the global crude price. This has led to a situation where Moscow ends up earning more money for its war chest and where oil market ructions help drive runaway inflation.

The US had pushed to tackle the problem via a price cap, which could be enforced by lifting sanctions on insurance for the cargo ships that transport Russian oil in return for a price deal. Under the US plan discussed over the previous days, those sanctions would be lifted for countries that agreed only to buy Russian oil at a settled maximum price, creating an incentive to enforce the price cap.

The statement from the leaders ultimately identified this specifically as a preferred choice.

“We will consider a range of approaches, including options for a possible comprehensive prohibition of all services, which enable transportation of Russian seaborne crude oil and petroleum products globally, unless the oil is purchased at or below a price to be agreed in consultations with international partners,” the statement said.

More broadly, G7 countries could use their cartel power as buyers to push for a lower price. The US and Canada have banned Russian oil purchases and the EU is set to do so at the end of this year. For the Europeans, a limit on Russian prices would be a stop-gap measure. Japan also has plans for a phase-out.

French President Emmanuel Macron upended the discussions on Monday by calling for a worldwide price cap on oil prices instead of only targeting Russian oil sales. The French push triggered a backlash from the US but also Germany, which is hosting the G7 summit this year.

Two officials said Tuesday that France had backed down, making a deal possible.