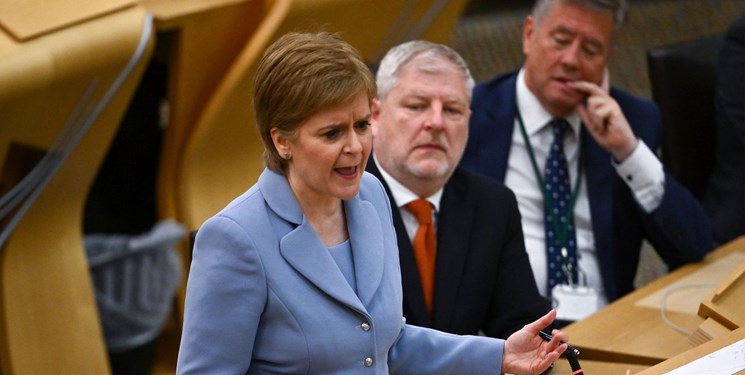 Scotland’s first minister said she wanted the process to be “legal” and “constitutional” and laid out steps her government would take to bypass Prime Minister Boris Johnson if he chooses to block a vote as he has done before, The Independent reported.

Johnson responded by insisting that Sturgeon’s focus should be on the economy, as he argued the UK had a “stronger economy and stronger country together”.

A Downing Street spokesman said the prime minister “continues to think it’s not the time to be talking about a referendum”.

The Conservative government strongly oppose a referendum and argue the issue was settled in 2014 when Scots voted against independence by 55 percent to 45 percent. Johnson previously refused to issue a Section 30 order, granting authority to Holyrood to hold a referendum.

Sturgeon said the legality of holding a vote without such an order was contested, so she asked the Lord Advocate, the senior Scottish law officer, to refer the question to the UK’s Supreme Court.

In light of the prime minister’s previous refusal to grant Scotland the power to hold a vote, Sturgeon said, “What I am not willing to do, what I will never do is allow Scottish democracy to be a prisoner of Boris Johnson or any prime minister."

“My determination is to secure a process that allows the people of Scotland, whether yes, no or yet to be decided, to express their views in a legal, constitutional referendum so the majority view can be established fairly and democratically,” she added.

The SNP leader wrote a letter to Johnson saying she was “ready and willing” to negotiate the terms of a Section 30 order with him. She added it was unacceptable to force Holyrood to seek a legal referendum through the courts.

No 10 said the UK government “will carefully study the details of the proposal and the Supreme Court will now consider whether to accept the Scottish government’s Lord Advocate’s referral”.

The prime minister told reporters he had not “seen exactly what she’s said yet” as he travelled to Madrid for the NATO summit, when asked about Sturgeon’s October 2023 plan.

“We will study it very carefully and we will respond properly,” he said.

No 10 declined to say whether the prime minister would open negotiations for independence if Scotland voted for it.

“We’re obviously not going to get into hypotheticals,” said a spokesman.

Sturgeon told MSPs a bill would be brought before Holyrood setting out plans for a referendum with the question to be asked the same as in the 2014 vote.

“Should Scotland be an independent country?” she said.

Pro-independence parties the Scottish National Party and the Scottish Greens hold a strong majority in Holyrood that would ensure passage of the bill.

A general election is expected in the months after the chosen date for the referendum. Sturgeon said if it there is no legal way for a referendum to be held, her Scottish National Party will fight the next election on the single issue of whether Scotland should be independent.