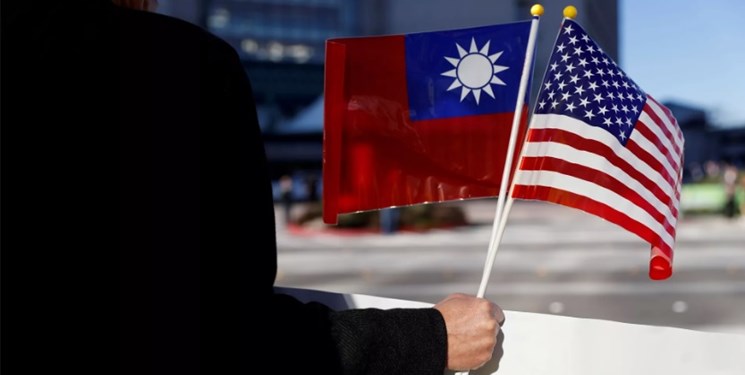 TEHRAN (FNA)- The China’s Foreign Ministry reiterated its call urging the US to cease all official interaction with Taiwan, and warned Washington of the danger of sending the “wrong signal” to Taiwanese "separatists".

“China firmly opposes all forms of official interaction between the Taiwan region and countries having diplomatic ties with China, including negotiating or concluding agreements with implications of sovereignty and of official nature,” Foreign Ministry Spokesman Zhao Lijian told reporters in a briefing Tuesday, RIA Novosti reported.

Zhao made the comment after being asked to assess the US-Taiwan Initiative on 21st Century Trade, a joint program announced earlier this month, which Washington has announced is “intended to develop concrete ways to deepen the economic and trade relationship” between the US and Taiwan.

“There is but one China in the world. Taiwan is an inalienable part of China’s territory. The government of the People’s Republic of China is the sole legal government representing the whole of China,” Zhao stressed, calling on the US to abide by the One-China principle and the stipulations of the China-US joint communiques which led to the establishment of relations.

Washington, Zhao added, must “stop all forms of official interaction with Taiwan, stop negotiating agreements with implications of sovereignty and of official nature, and refrain from sending any wrong signal to the ‘Taiwan independence’ separatist forces.

"The DPP [Democratic Progressive Party – Taiwan’s ruling party, ed.] authorities need to give up on the idea that they could seek independence with US support, otherwise the higher they jump, the harder they will fall,” he warned.

The spokesperson also commented on NATO’s reported plans to label China a “systemic challenge” at its upcoming Madrid summit, calling the Western alliance an outmoded “product of the Cold War” with an “outdated security concept” used as “a tool for a certain country to maintain hegemony".

“NATO’s so-called new strategic concept is just ‘old wine in a new bottle’. It still has not changed the Cold War mentality of creating imaginary enemies and bloc confrontation,” he continued.

China-US tensions over Taiwan have spiked dramatically during President Joe Biden's tenure amid the president's repeated promises to come to the island’s defense if it was “invaded” by China. Earlier this month, US Defense Secretary Lloyd Austin vowed to beef up military aid to Taiwan, notwithstanding a US commitment to uphold the status quo in the region. Late last year, Taiwan's Defense Ministry revealed that over 600 US military personnel had visited the island since 2019, in contravention of China-US agreements and the One China policy.