Report: School Shootings in US at Highest Number in 20 Years 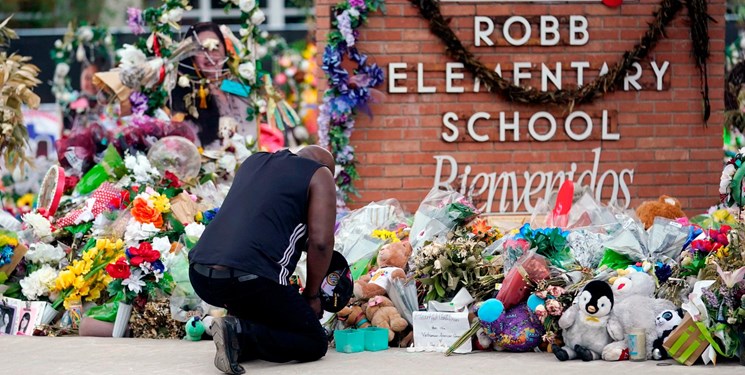 TEHRAN (FNA)- Ninety-three school shootings that caused injuries or deaths took place during the 2020-21 school year, the highest figure recorded in 20 years, according to new research.

A National Center for Education Statistics (NCES) report published on Tuesday indicates a 20 percent increase in school shootings with casualties from the prior year, with 43 shootings in the 2020-21 year causing at least one death and the 50 others causing only injuries, The Hill reported.

Those figures include any incident in which a gun was brandished or fired on school property or when a bullet hit school property. Many schools remained closed for parts of the 2020-21 academic year, indicating some of the shootings occurred while students were in remote instruction.

The latest increase is a jump from an already elevated number of annual school shootings. Fewer than 40 such shootings occurred most years over the past two decades, but more than 70 shootings took place in each of the three most recent years, according to the newly published data.

NCES said the 2020-21 year was also the first in which fewer than half of school shootings took place at high schools.

Gun violence at schools has repeatedly come in and out of the spotlight after high-profile mass shootings.

The package enhances background checks for firearm purchasers younger than 21, includes $750 million to help states administer red flag laws and other intervention programs, and closes the so-called “boyfriend loophole” in an effort to protect victims of dating violence.

Despite the increased number of shootings, NCES’s report indicates that schools have been increasingly implementing security measures.

The proportion of public schools reporting at least one security staff present at least once a week increased from 43 percent to 65 percent between the 2009-10 and 2019-20 school years, according to the data.

Nearly all public schools — 97 percent — controlled access to school buildings as of the 2019-20 academic year, and the proportion reporting the use of security cameras and a requirement for employees to wear badges both increased from a decade earlier.

But as the number of school shootings continues to rise, NCES data shows some other crime issues are becoming less prevalent.

Lower percentages of public schools reported problems of students sexually harassing, harassing based on sexual orientation or gender identity or bullying their peers at least once a week in 2019-20 compared to a decade earlier.

Gun violence isn’t the only crime on the rise in schools. NCES also reported increases in cyberbullying and student discipline problems related to teachers and classrooms over time.