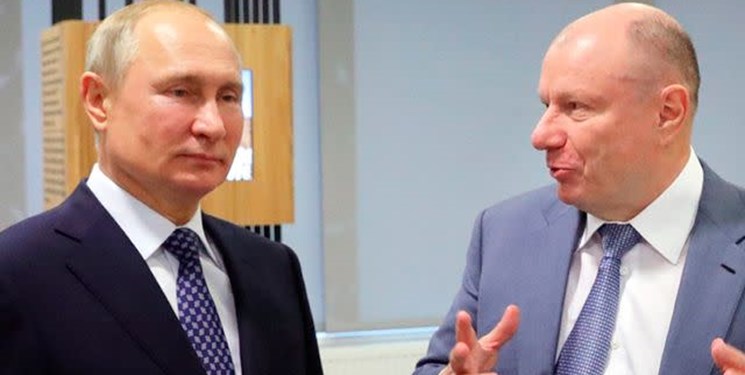 TEHRAN (FNA)- President Vladimir Putin's cousin and Russia's second-richest man are the latest Kremlin supporters to be sanctioned by the UK government.

As well as being a relative of Putin, Anna Tsivileva is president of the prominent Russian coal mining company JSC Kolmar Group, which is also being sanctioned, Sky News reported.

Her husband, Sergey Tsivilev, is governor of the coal-rich Kemerovo region and the couple are said to have "significantly benefited" from their relationship with the Russian leader.

Oligarch Vladimir Potanin is a key backer of Moscow, acquiring Rosbank and shares in Tinkoff Bank in the period since Russia-Ukraine war.

The Foreign Office says the government is also acting with international allies to introduce new measures that will prevent Russia from accessing UK trusts services.

A spokesperson said, "As long as Putin continues his abhorrent assault on Ukraine, we will use sanctions to weaken the Russian war machine."

"Today's sanctions show that nothing and no one is off the table, including Putin's inner circle," the spokesperson added.

It comes as official figures on Wednesday showed the UK significantly reduced oil imports from Russia in the immediate aftermath of the war in Ukraine.

However, the data from the Office for National Statistics also showed the UK still imported about £140mln of Russian refined oil in April, two months after the war began.

The ONS said this represented a fall from about £410mln of refined oil imported from Russia in February. This was when Russia had been the UK's biggest supplier.

The UK has since increased its supply from other countries including the United Arab Emirates, Saudi Arabia and Belgium, which means Russia is now its sixth biggest supplier.

The UK has said it will stop importing petrol and diesel from Russia by the end of this year.

Last month the EU, which relies on Russia for 26% of its oil supply, agreed to ban most Russian oil imports.

While both the UK and the US have sanctioned Russian oil over the war in Ukraine, neither were very dependent before the ban, importing just 14% and 3% respectively.