Report: US Invests in Advanced Technologies, But It's Still Not Enough to Catch Up with China 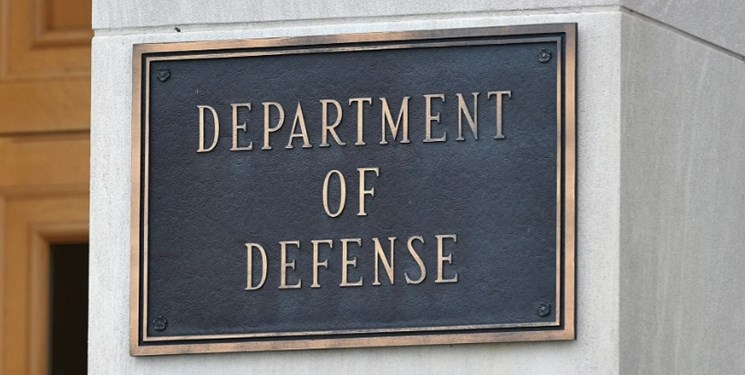 TEHRAN (FNA)- The US government, and the Department of Defense in particular, is investing more in cutting-edge technologies, but a new analytical report notes that Washington is not spending nearly enough to keep up with competitors like China in fields like artificial intelligence and machine learning.

The firm argued that given the clear information layout, decision-makers in the Joe Biden administration are better equipped to steer the development of these crucial technologies and the overall military program.

"In recent years, the US Government has recognized the importance of emerging technology to both strategic competition with China and our future national prosperity, and multiple administrations and congresses have taken action accordingly,” the report said, per Breaking Defense, adding, "But despite these efforts, moving fast enough to beat China remains a pernicious challenge."

Govini's study is said to be based on a list of crucial technological areas that the office of the undersecretary of defense for research and engineering released earlier this year. The list covers 14 technologies, including space technology, quantum science, Artificial Intelligence and Machine Learning (AI/ML), and biotechnology.

Tara Murphy Dougherty, CEO of Govini, said in a news release that in this year's report, the company thought it was "vital to focus on technologies critical to the future of national security".

"DoD has recognized the importance of emerging technology in the ongoing strategic competition with China, particularly in both economic and military competitiveness," she explained.

"The Department is reliant upon the innovation taking place in both the public and private sectors to develop and field the future capabilities our military needs. Yet, despite ongoing efforts, our competitive edge is at risk. As the data shows, a more aggressive shift in favor of innovation is imperative; more of the same will not work,” she added.

According to the study, DoD continues to have difficulty interacting with the startup and innovation sectors; instead, it favors prime integrators and services companies, missing opportunities to take advantage of emerging developments. China, for instance, reportedly has the opportunity to take the lead in fields like quantum computing, artificial intelligence, and machine learning because of the limited US funding.

Moreover, US expenditures in AI/ML are enabling previously unheard-of situational awareness in the Ukrainian conflict and will shape conflicts in the future, the firm asserted in the report.

As for the details, due to the COVID-19 pandemic, investment in biotechnology by government organizations outside the Defense Department increased the most, amounting to roughly $40 billion in fiscal 2021.

According to the report, the US Army invested more than $20 billion in biotechnology in FY21, which was the largest rise among the armed forces.

Spending on AI/ML and autonomy at the federal level was $50 billion, with $12 billion allocated for FY21. The research divides AI/ML and autonomy into subsegments and reveals that the "data-at-scale" category, which includes things like data architectural storage, data acquisition, and data fusion, saw the biggest investment growth.

The report, however, noted that while AI/ML are still influencing the Ukrainian conflict, the US is not making the necessary investments to prevent losing the battlefield of the future.

"The future of warfare has arrived,” according to the report.

The DoD is reportedly continuing to raise its level of investment in AI, however. The Pentagon sought its highest-ever budget for research and development in its fiscal 2023 budget request, with significant funding earmarked for AI. The Pentagon is also working on a number of AI projects, and it just established a new agency to manage its data and AI initiatives.

According to the report, the government's annual spending in all other areas increased except for space technology, where investment was practically flat between FY21 and FY17. But Govini said in the study that due to the DoD's growing emphasis on the space domain, this is likely going to change moving forward.

Nevertheless, the firm's chairman Bob Work emphasized in the news release that the US "simply cannot afford to cede the innovation competition to China", as "too much is at stake".

"In this regard, it is often said that in the Pentagon, budget represents policy. It’s one thing to decide to pursue new capabilities and capacities; it’s another to know how money is being spent. And unfortunately, the policy decisions and actual spending often do not match up. Decision Science-driven views of actual spending on areas of innovation and technology are therefore essential for senior leaders and our national security agencies to know ground truth and pursue needed technological advancements," he explained.

"Understanding investments made into critical technologies also provides context for potentially painful trade-offs. Defense leaders must use this information to facilitate transparent discussions on balancing long-term defense priorities with current national crises, such as a pandemic or natural disaster," he added.