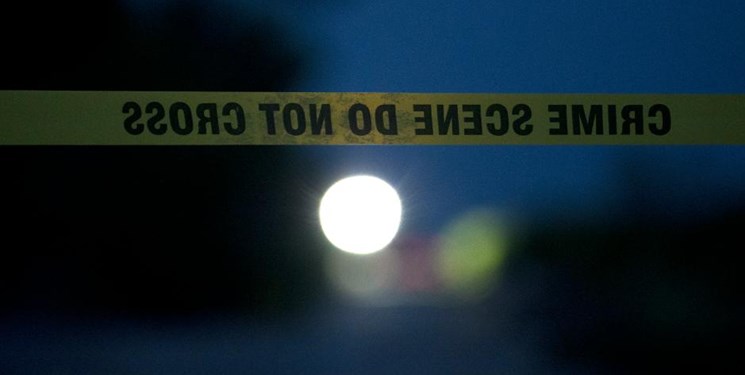 TEHRAN (FNA)- A Black man in Akron, Ohio, was killed on Monday when police shot him at least 60 times as he was running away following a traffic stop, according to his family’s lawyer, who cited police body-camera video that he viewed.

Akron Police Department officers attempted to stop 25-year-old Jayland Walker at 12:30 am for a traffic violation and conducted a pursuit after he refused to stop, the police department said in a Tuesday statement on its Facebook page.

After a few minutes, Walker slowed down and left his car while it was still in motion and ran away from police, the statement added.

The statement noted Walker ran into a parking lot, and “actions by the suspect caused the officers to perceive he posed a deadly threat to them”. Officers shot him and called for medical services, but Walker was pronounced dead at the scene, according to the statement.

Bobby DiCello, the attorney for Walker’s family, told the Akron Beacon Journal in an interview published Friday evening that Walker does not appear to have gestured toward the officers in a threatening way, based on the body-cam video he viewed. He stated officers appear to have fired dozens of shots at Walker while he was fleeing with nothing in his hands.

The police department announced in its statement that the officers involved have been placed on paid administrative leave in accordance with departmental procedure. It did not name them.

DiCello said the video shows an officer calmly telling dispatchers about chasing Walker at 12:30 am after police attempted to stop him.

The police department’s statement says that officers reported a firearm being discharged from Walker’s car while they pursued it. But DiCello questioned that, telling the Journal that the back windshield of Walker’s car was undamaged, meaning a shot was not fired directly backward.

“And I’ve got to emphasize there is no evidence that we’ve been shown, or that we’ve found, or that we know of that says that the young man somehow while driving away from the officers pointed his gun at the officers,” he noted.

He added that police say an Ohio Department of Transportation traffic video shows gunfire coming from Walker’s car, but his legal team has not found that evidence as of yet.

DiCello told The New York Times that the city’s police chief told him in a meeting that he has not found evidence of anything Walker did that would put the officers involved in the incident, in the lawyer’s words, “in fear” or require them to shoot. He said the chief also told him that two officers tried to use stun guns on Walker moments before the shooting began.

DiCello told the Journal that in the body-cam video an officer calls out the speed that Walker is traveling at, as high as 50 miles per hour, before he slows down to 15 miles per hour and then runs “as if he were a football player running for the endzone".

He added officers ran after him and shot him “within seconds”. He compared the sound to “a whole brick of fireworks going off”.

He stated he thinks the number of shots fired topped 90, and that an investigation indicates Walker received 60 to 80 wounds.

“I think the firing happens in about six seconds,” DiCello said, adding, “It was an unbelievable amount of gunfire.”

The Journal reported that police will release the body-cam footage following a press conference on Sunday.

DiCello told the outlet the video is “very, very disturbing” and unlike anything he has seen.

The police department’s statement says that the department’s major crimes unit will conduct an initial investigation with assistance from the Ohio Bureau of Criminal Investigation. After that investigation is completed, the Ohio Attorney General’s Office will review the case before it is presented to the Summit County grand jury.

The Office of Professional Standards and Accountability will conduct a separate internal investigation, and the results will be presented to the police chief and the city’s police auditor for review, the statement reads.

Akron Mayor Dan Horrigan (D) and Police Chief Steve Mylett released a joint statement on Wednesday, saying anytime an officer must discharge their weapon is a “dark day” for the city, the families of those involved and the officers.

“Tragically, we are once again faced with a young man, with his life before him, gone too soon,” they stated, adding, “Every single life is precious, and the loss of any life is absolutely devastating to our entire community”.

They said they trust the attorney general’s criminal investigation bureau to conduct a “thorough, fair and honest investigation”. They added they made cooperating with the investigation a top priority for their staff members.