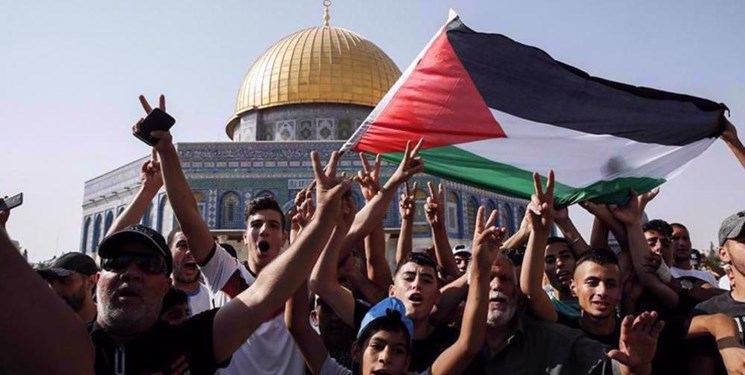 TEHRAN (FNA)- Iranian Foreign Minister Hossein Amir Abdollahian said that the countries which have embarked on normalization of ties with Israel to cover up their internal problems are betraying the Palestinian people and their cause.

“At the present time, Israel is going through its worse security and political conditions. However, there are those who think they can divert public opinion (from problems in their own countries) through normalization of relations with Israel,” Amir Abdollahian said in a meeting with the representatives of Palestinian resistance groups in Damascus on Saturday evening. 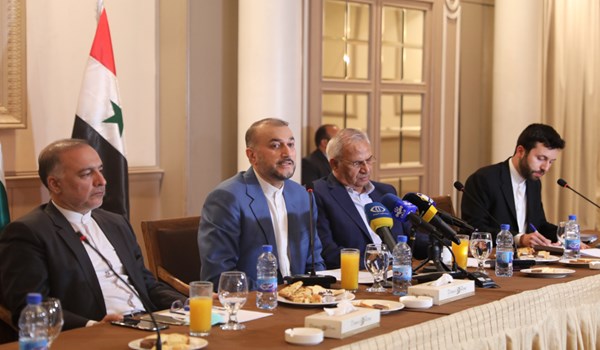 A number of regional Arab countries, including the United Arab Emirates and Bahrain normalized their ties with the occupying regime as part of the so-called Abraham Accords, which were mediated by the administration of then US President Donald Trump in 2020. Morocco and Sudan followed suit by inking similar agreements with Tel Aviv.

Palestinians and their regional and international supporters have denounced the agreements as a “stab in the back” of the Palestinian cause of liberation from Israeli occupation and aggression.

Iran's foreign minister regretted the move by these countries, saying they have turned a blind eye to the issue of Palestine and are trying to cover up their domestic problems by getting closer to the Zionist regime.

“Such measures amount to betraying the lofty cause of the oppressed people of Palestine in their fight against the oppression and aggression of the usurping Zionist regime,” he said.

Amir Abdollahian added the countries that have entered such agreements with Tel Aviv, think they can solve their own domestic problems by doing this, but they are “definitely making a mistake”, since the occupying regime itself is “grappling with numerous issues”.

Noting that the issue of Palestine is still the first priority for the Muslim world, Amir Abdollahian reiterated Iran’s categorical support for the people of Palestine until they liberate their motherland and establish a single Palestinian government with al-Quds as its capital.

Elsewhere in his remarks, the Iranian foreign minister introduced resistance as the only way of tackling the issue of Palestine’s occupation by the Zionist regime.

"The experience gained in the last seven decades shows that a fundamental solution to the issue of Palestine is only possible through resistance," Amir Abdollahian said, adding, “We stand by the Palestinian nation with all our might until realization of their goals, considering this to be incumbent upon us on moral and religious grounds.”

Amir Abdollahian concluded his remarks by denouncing war, whether it was in Ukraine, Palestine or Yemen, saying “(any region’s) problems must be solved by the people of that region.”

Over the past years, specially during the last few months, several incidents have busted the Israeli regime’s security and political invulnerability myths.

Last May, the regime launched its fourth wholesale war against the Gaza Strip only to be targeted with at least 4,000 rockets flown by the Palestinian territory’s resistance movements.

In September, six Palestinian prisoners escaped a high-security prison in the northern part of the Israeli-occupied territories, using a tunnel that they had dug with a rusty spoon. Palestinians and their supporters hailed the dramatic jailbreak as a slap in the face of the occupying regime and its sprawling security apparatus.

Political uncertainty has also been haunting the Israeli regime for the past four years, forcing it to dissolve the parliament in several cases and hold new general elections.