Sander Hicks: US Sanctions on Talebzadeh Act of War 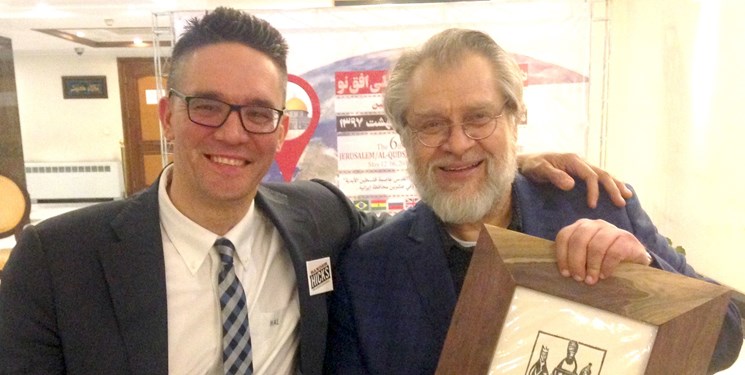 Speaking in an interview with FNA, Hicks said, “My country cannot seem to tell a terrorist from a friend, that we see the big Saudi money link to the 9/11 hijackers in the "28 Pages" and we do nothing... but to the man in Iran who asks questions about 9/11, and holds conferences, HE gets called an "SDGT: Specially Designated Global Terrorist."’

Sander Hicks is a leader in the global mass movement demanding truth and transparency regarding US power, empire, 9/11, and the War on Terror. Hicks is nationally known for his courageous stand and confrontations with Rudy Giuliani, Dick Cheney, and the Shreveport FBI.

Q: For the readers who might be unfamiliar with Nader and the NHC, could you tell how Nader Talebzadeh achieved his goal of contributing to world peace through the NHC?

A: In the sense that dialogue and free speech are more powerful than weapons. I am 51 and all my life I have been told by the US media and government that war with Iran is going to eventually come. But when I went there, it turns out all Iran wanted was to talk, to listen, to have a gathering, to go to museums and universities, that kind of thing. It was quite a surprise.

Looking at the timeline of Nader's last years, Soleimani was killed Jan 3 of 2020. Nader was sanctioned by the US Government that same year, about ten months later. Killing Soleimani was not enough, they also wanted to silence Nader and the New Horizon. It was an act of war, an attempt to use military might, and economic sanctions, and state suppression, just because someone is gathering truth-tellers, and is in love with the truth.

Q: Talebzadeh was known as a prominent film and documentary maker by many Iranians; but, how is he regarded by his international audience, especially Americans?

A: Honestly, I feel sometimes that am the only one here who knows about him. Well, just me and former guests of the Conference. I have been trying to get more people to watch The Messiah. Some of my friends complain that the picture quality is too low. Maybe we could work on getting The Messiah and the whole series released on the commercial distributors for films. Please forward this thought to the right people, someone in the Iranian Film industry. To really honor this guy, get a good quality print of The Messiah onto YouTube for the international audience. Release the whole series, please.

Q: Talebzadeh was a media personality and filmmaker who also hosted international conferences such as the New Horizon. He never committed any terrorist acts, or contributed to the US prohibited financial transactions; then, why did the US sanction him?

A: This is a bit embarrassing, really, that my country cannot seem to tell a terrorist from a friend, that we see the big Saudi money link to the 9/11 hijackers in the "28 Pages" and we do nothing... but to the man in Iran who asks questions about 9/11, and holds conferences, HE gets called an "SDGT: Specially Designated Global Terrorist." It really is a true shame. It is more than a shame, it shows that my country has no moral core, we are totally adrift. We cannot even speak about what matters any more.

To give you a more direct answer, the US Government hates criticism, especially from US intelligence insiders; so, when certain ex-CIA people and former US State Department dissidents started accepting Nader's invitation to speak at New Horizon, that was when the US started to take action; that was what Nader himself believed, he told me so. He saw a direct reaction in proportion to getting more high-profile guests. Somewhere inside the US military and intelligence apparatus, they would rather fight, suppress, sanction and kill rather than reform their ways.