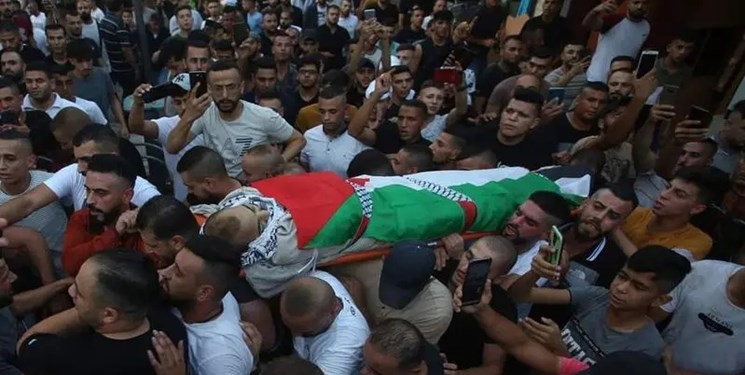 TEHRAN (FNA)- A Palestinian teenager died on Sunday after being shot by Israeli forces in the occupied West Bank a day earlier, Palestinian medical sources confirmed.

The 17-year-old was identified as Kamel Alawneh by the Palestinian Health Ministry, which said he “succumbed to wounds from live fire by the occupation [Israeli Army] in the abdomen and hand in Jenin”.

A Palestinian medical source told AFP news agency that Alawneh was wounded in Jaba, a village in the Jenin governorate in the North of the occupied West Bank.

Alawneh was brought to the hospital on Saturday after being shot in the stomach and arm during clashes with Israeli forces in Jaba. Doctors at Ibn Sina Medical Centre in Jenin stated they operated on him, and declared him dead on Sunday afternoon.

An Israeli army spokesperson accused Alawneh of throwing a Molotov cocktail at the soldiers, who fired at him, Haaretz reported. He did not provide evidence to support his claim. No Israelis were injured in the alleged incident.

Palestinian politician Hanan Ashrawi noted Alwaneh was named after his brother who was killed in 2003 – also by the Israeli Army.

Forty-nine Palestinians have been killed since late March across the occupied territories. They include Al-Jazeera journalist Shireen Abu Akleh, who according to the United Nations was killed by Israeli Army fire while covering a military raid in Jenin.

Over the past few months, Israeli forces have especially intensified their raids on Jenin, particularly in the city’s refugee camp.

On Wednesday, another Palestinian man was killed by Israeli fire in Jenin. Muhammad Maher Marei, a 23-year-old from Jenin refugee camp, was seriously wounded by Israeli gunfire and was later pronounced dead at the hospital.