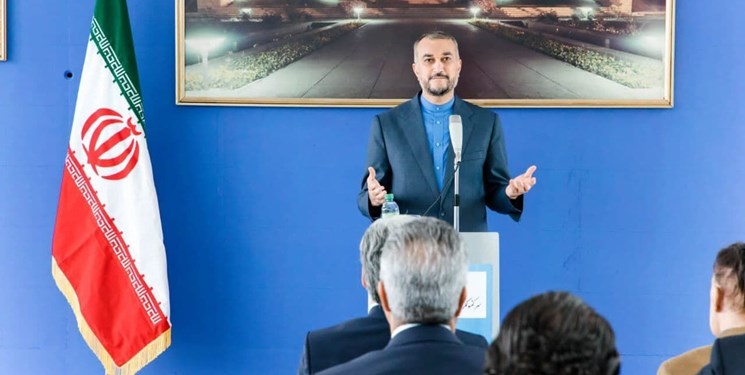 TEHRAN (FNA)- Iranian Foreign Minister Hossein Amir Abdollahian in a phone conversation with his French counterpart Catherine Colonna blasted the US for insisting on previous positions during the recent Doha talks, but meantime, said that the path of diplomacy is still open.

“We are serious and honest to reach the final point for a good and durable agreement. We have always presented our positive suggestions and proposals during negotiations.”

“We believe that insistence on previous stances should not replace political initiatives,” Amir Abdollahian said on Sunday night.

“Our assessment of the recent talks in Doha is positive, but we have to see how the American side would take advantage of the diplomatic opportunity,” he said.

Amir Abdollahian reiterated that the path to diplomacy is still open.

He noted that Tehran has always adhered to all of its international undertakings, saying Iran expects the other sides to do the same.

Colonna, for her part, underscored that the available opportunity for dialogue should be taken up in order to reach an agreement satisfactory to all parties.

“We believe that the window for diplomacy is still open and we must seize it in the best possible way to conclude an agreement. A deal is better than no agreement at all,” she said.

In quitting the agreement, Trump restored sanctions on Iran as part of what he called the “maximum pressure” campaign against the country. Those sanctions are being enforced to this day by the Joe Biden administration, even though it has repeatedly acknowledged that the policy has been a total failure.

Iran has maintained it wants guarantees that it will be able to enjoy the economic benefits that were promised under the original deal.

The EU was tasked with coordinating indirect negotiations between Iran and the United States during the fresh round of negotiations in Qatar last week.

Iran does not sit down with the US as Washington is no longer a party to the landmark deal, officially called the JCPOA, which was unilaterally abandoned by former US president Donald Trump in May 2018.

The talks in Doha followed seven rounds of inconclusive negotiations in the Austrian capital of Vienna since April last year.