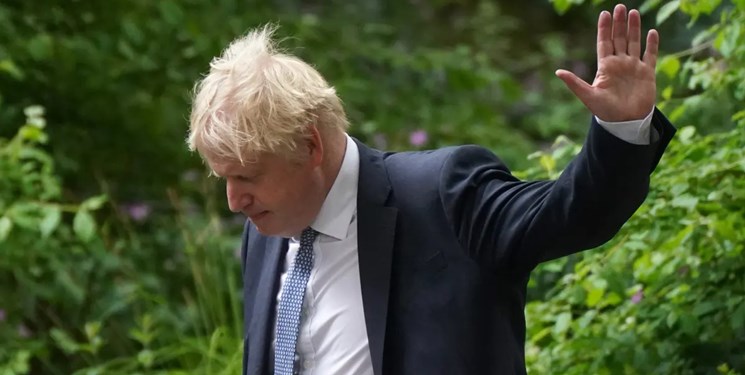 TEHRAN (FNA)- Prime Minister Boris Johnson promoted Tory ally Christopher Pincher to a key role despite “matters” relating to allegations of sexual misconduct by the politician having been raised during the February cabinet reshuffle, a whips’ office source has been cited as saying by The Guardian.

The embattled ex-Tory MP quit as deputy chief whip on July 1 and was later suspended by his party over allegations he groped two men at the Carlton Club - a Conservative Party private members’ club in London’s Piccadilly - on Wednesday evening.

In his resignation letter, Pincher said he "drank far too much" and "embarrassed [himself] and other people", while stopping short of actually addressing the inappropriate behavior claims reported by several Conservative MPs.

Allegations against Pincher are now to be investigated by the Independent Complaints and Grievance Scheme (ICGS).

Pincher, MP for the Tamworth constituency since 2010, had been appointed deputy chief whip regardless of certain ‘red flags’ having been raised by a Conservative MP who was supposedly the subject of an unwanted pass from the politician.

According to the publication, another MP had also raised allegations of sexual misconduct by Pincher with their whip in February.

“I told a whip what I thought of Pincher, and that he had a terrible reputation with younger staff and MPs which had not gone away. That still stands,” the source was quoted as saying.

The MP is said to have refrained from making a formal complaint at the time as he could not guarantee that the accusers would come forward in case a full-blown inquiry was triggered.

“I would not have wanted to have done that without a victim’s express permission. But I wanted them to know that there were claims out there,” the MP in question purportedly added.

Senior figures in the party had been alerted to the fact that “Pincher should not be anywhere near the whips office,” a third MP purportedly stated.

According to other insiders, there had been “persistent rumours about Chris and how he behaves when drunk".

Claims regarding Pincher “come as no surprise” to a group of parliamentary aides - Conservative Staffers for Change - who previously wrote to the PM to express concerns about alleged sexual misconduct in Westminster.

“His behaviour was an open secret in Westminster and it is disappointing that this was not addressed sooner. Having raised concerns about sexual misconduct with the chief whip, we were disappointed not only by how long it took to remove the whip from Pincher, but also at the continued lack of clarity about the PM’s knowledge of his behaviour,” they were quoted as stating.

“We wrote the letter to the PM raising concerns about illegal sexual misconduct [by those in power abusing their positions] in May, yet received no response. This is about more than just the culture in Westminster, it is about the PM’s failure to act on warnings of serious misconduct from those in government,” they continued.

Two staffers representing the group are set to meet with parliamentary Speaker, Lindsay Hoyle, this week to “raise our concerns about parliament as a workplace and how our employment structures can be reformed”.

Former No 10 adviser, Dominic Cummings, could not pass up an opportunity to add fuel to the fire, claiming that Johnson had referred to the disgraced MP as “Pincher by name, pincher by nature” long before he appointed him in February, 2022.

Pincher previously quit office once in 2017 after being accused of making a pass at ex-Olympic rower and Tory activist Alex Story. At the time, the Tory MP quit and referred himself to police then, but was cleared of wrongdoing by a party probe.

However, since six further claims of inappropriate behavior have emerged over the weekend, according to media reports, the PM is likely to face questions in parliament regarding the extent of his knowledge about allegations concerning Pincher before he was appointed to a key role.

Pincher had placed his hand on the inner leg of a male Tory MP in a bar in Parliament in 2017, The Sunday Times reported on the weekend, adding that the politician had also made unwanted advances towards another male Tory MP in 2018 while in his parliamentary office, and towards a Tory activist in Tamworth around July 2019.

The Sunday Times reported that the MP involved in the alleged incident in 2018 contacted No 10 before Pincher was made a whip in February, passing on details of what he said had happened to him and voicing his concerns about him being appointed to the role.

Anneliese Dodds, the Labour party chair, has written to Johnson demanding clarity as to how Chris Pincher came to be appointed as the deputy chief whip.

Dodds queried why Johnson was not demanding the Tory party investigate Pincher, like was the case with Neil Parish, the Tory MP who resigned after admitting having watched pornography in the House of Commons.

“Only Boris Johnson could have looked at this guy’s record and thought ‘he deserves a promotion,’” Dodds said, adding, “This prime minister is clearly happy to sweep sexual misconduct under the carpet in order to save his own skin. Conservative MPs need to take a long hard look in the mirror and decide if this is the kind of leader the British people deserve.”

Defending the PM, Work and Pensions Secretary Therese Coffey told the BBC that she had been given the assurance by "somebody from the No 10 press office" that Johnson had not been aware of "specific allegations" against Pincher at the time of the appointment.

The latter had gone “through [a] vetting process like normal", she told Sky News.