US Military Base Rocked by Sounds of Two Blasts 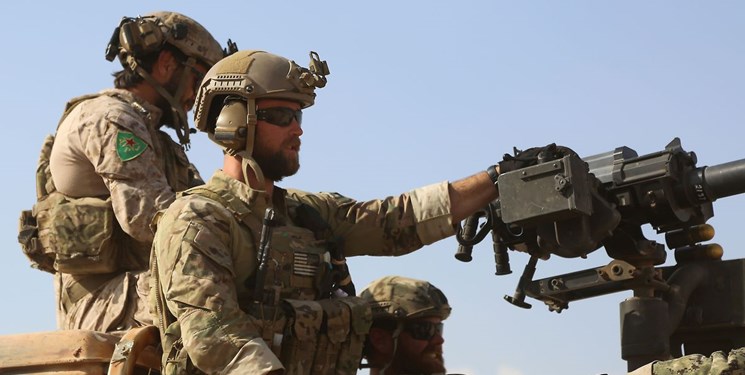 TEHRAN (FNA)- Sounds of at least two explosions have rocked a military base used by American forces in Eastern Syria, Iraqi outlet reported.

Sabereen News, which is associated with Iraqi anti-terror Popular Mobilization Units (PMU), said sounds of at least two blasts were heard in a US base in Al-Omar oil field in the Deir Ezzue province near the Syrian-Iraqi border in the early hours of Monday.

Al-Omar oil field is located on the border area between Iraq and Syria.

No further details have been released on the possible casualties or damages.

The report comes as American media outlets reported that Russia launched a string of strikes on US positions in Syria last month.

Citing US military officials, The Wall Street Journal reported last month that Russian forces conducted a series of operations against the US-led coalition in Syria, including one at a strategically located base in the Southern part of the country.

According to the report, US military officials were concerned that a miscalculation might escalate into an unintended conflict between the American and Russian forces in Syria as tensions between Moscow and Washington have been already high since the start of Russia’s offensive in Ukraine in February.

Russia had notified the US that it would be launching the air raids in response to attacks conducted against the Syrian troops.

The United States and its allies invaded Syria in 2014 under the pretext of fighting Daesh (ISIL or ISIS) terrorists. The terrorists had emerged as Washington was running out of excuses to extend its regional meddling or enlarge it in scale.

The US military has stationed forces and equipment in Northeastern Syria. The Pentagon claims the deployment is aimed at preventing the oilfields in the area from falling into the hands of Daesh terrorists. Damascus says the deployment is meant to plunder Syria’s rich mineral resources.

Former US President Donald Trump admitted on more than one occasion that American forces were in Syria for its oil.