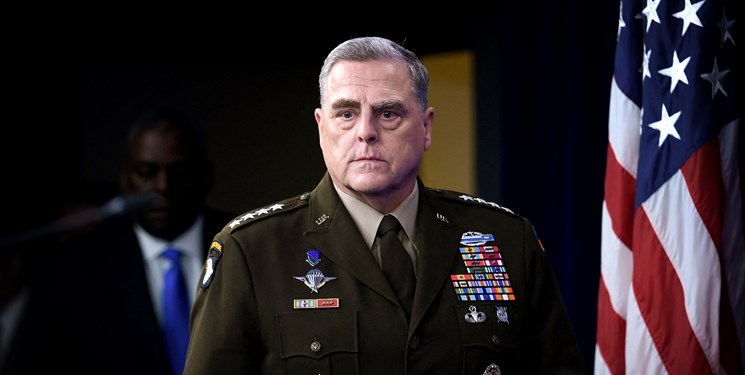 TEHRAN (FNA)- The US is watching “very, very closely” for signs of an attack by China on Taiwan, the chief of the US military said.

“There’s no indications or warnings of anything imminent at this time,” General Mark Milley, the chair of the US joint chiefs of staff, said, adding, “But again, we watch it very, very closely”, The Independent reported

He said that a decision to attack by Beijing would be a “political” and policy choice, and based on China’s view of the “cost risk-benefit at the time”, as he acknowledged the repeated threats made by President Xi Jinping to reclaim the island by force if necessary.

Last week, Britain’s Foreign Secretary Liz Truss issued a warning to China at the G7 summit in Madrid, saying that any attempt to invade Taiwan would be a “catastrophic miscalculation”.

Truss said Beijing was in danger of making the same mistake as Russian President Vladimir Putin, as she added, “That is exactly what we saw in the case of Ukraine – a strategic miscalculation by Putin.”

Taiwan has been self-governed since nationalist forces fled there in 1949 after the communists took control of China, and is considered to be a rebel province by Beijing.

Beijing stressed that Taiwan is a part of China and would be peacefully reunited with the rest of the country over time, while Taipei maintains it is autonomous.

In June, Taiwan scrambled combat aircraft to warn away a fleet of 29 Chinese jets, including bombers, that entered its air defence zone, China’s third-largest incursion since the beginning of the year.

While the bombers flew South of the island and into the Pacific ocean, some jets flew Northeast of the Pratas, according to officials.

The issue of Taiwan’s sovereignty has been just one of the recent sticking points in relations between China and the US, which has close but informal relations and defence ties with Taipei.

In May, China’s People’s Liberation Army conducted an exercise around Taiwan as a “solemn warning” against its “collusion” with the US. The move came after US President Joe Biden signalled a change in the policy of “strategic ambiguity” on Taiwan by saying the country would get involved militarily if China attacked the island.