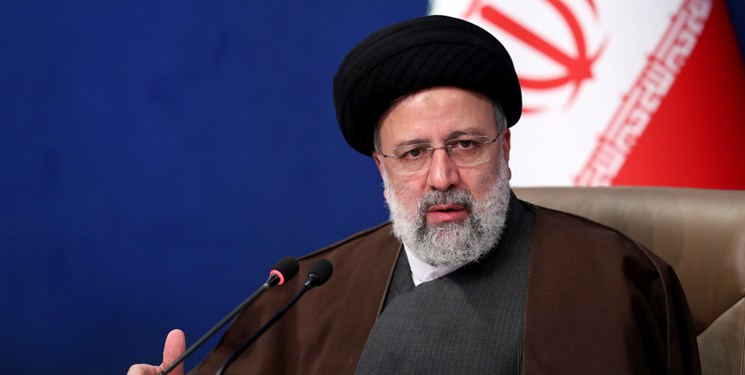 TEHRAN (FNA)- Iran’s President Seyed Ebrahim Rayeesi said that the Iranian and Vietnamese people are nations who have stood against colonialism and hegemony of the world powers, specially the US.

"We know Vietnamese as people who stood up to colonialism and hegemony and share close stances in this regard with Iran," President Rayeesi said on Monday in a meeting with the new ambassador of Vietnam to Tehran to receive his copy of credentials.

"History will never forget the crimes committed by the US against the Vietnamese people," he added.

Elsewhere, Rayeesi expressed dissatisfaction with the current level of cooperation and relations between Iran and Vietnam, calling for taking proportionate actions to enhance friendly relations between Tehran and Hanoi.

The president said that holding regular meetings of the Joint Commission on Economic Cooperation can help find solutions to materialize the capacities of the two countries in agriculture, technology, transportation, etc.

The new ambassador of Vietnam, for his part, hailed Iran's long-standing resistance against the sanctions, saying "Despite years of sanctions and pressure, Iran has made brilliant progress and achievements."

According to him, Vietnam has always had good relations with Iran and is working to promote cooperation, specially in the economic and trade fields.

During the meeting held on the sidelines of 76th UN General Assembly (UNGA) meeting, the Iranian and Vietnamese foreign ministers explored avenues for bolstering and reinvigorating bilateral relations.

Amir Abdollahian, meantime, thanked Vietnam for its principled approach towards the Islamic Republic of Iran at the United Nations.

He also voiced Iran's readiness to export Iranian-made vaccines to help improve the situation of coronavirus in Vietnam.

The Iranian foreign minister also said that Iran is ready to cooperate with Vietnam in industrial, agricultural, and tourism fields.

He called for setting up Iran-Vietnam Joint Economic Commission as soon as possible.

The Vietnamese foreign minister, for his part, thanked the unsparing support of Iran at the international organizations.

He then presented a comprehensive report on the latest situation of the COVID-19 pandemic and welcomed the cooperation of Iran with Vietnam in the fields of economy, investment, science, and technology.