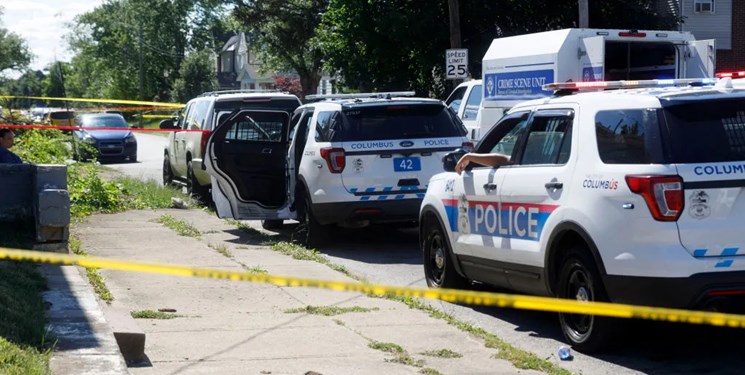 TEHRAN (FNA)- A state of emergency was called in Akron, Ohio, on Monday following protests that took place on Sunday night over the death of Jayland Walker, a Black man who died after police shot him dozens of times.

“Early yesterday, we had several peaceful protests in the downtown footprint related to the officer-involved shooting of Jayland Walker. These protests did not escalate to violence and destruction,” Akron Mayor Dan Horrigan (D) said in a statement, The Hill reported.

“However, as night fell and others began to join, the protests became no longer peaceful. There was significant property damage done to downtown Akron. Small businesses up and down Main St. have had their windows broken. We cannot and will not tolerate the destruction of property or violence,” he added.

He stated that he was also implementing a curfew, which will be in effect in the downtown area between 9 pm and 6 am, and that fireworks scheduled to commemorate the Fourth of July had been canceled.

“As I stated yesterday, I fully support our residents’ right to peacefully assemble. What we have been calling for since the beginning, and what the Walker family and many community leaders and faith leaders have also urged, is peace,” Horrigan continued.

The protesting came in response to Walker’s fatal shooting by Akron police last week. Police body-camera video released Sunday showed officers firing a barrage of bullets at 25-year-old Walker as he was running away following a traffic stop for an unspecified violation.

Akron Police Chief Steve Mylett announced officers involved in the shooting saw Walker as a threat because he appeared to fire a shot while they were pursuing his vehicle in an attempt to pull him over. A gold ring, handgun and loaded magazine were later found in his car, though Bobby Dicello, a lawyer for Walker’s family, contends that when the firearm was recovered by police, they did not find any bullets in it, The New York Times reported.

Police said in a Tuesday statement that after leaving his still-moving vehicle Walker ran into a parking lot and that “actions by the suspect caused the officers to perceive he posed a deadly threat to them”.

DiCello added that in the body-cam footage Walker did not appear to gesture toward the officers in a threatening way and looked like he was fleeing with nothing in his hands when he was shot. The lawyer noted Walker received 60 to 80 gunshot wounds.

The protesting comes more than two years after a white Minnesota police officer murdered George Floyd, a Black man, by kneeling on him for more than nine minutes, reigniting demonstrations over racial justice and police brutality around the country.