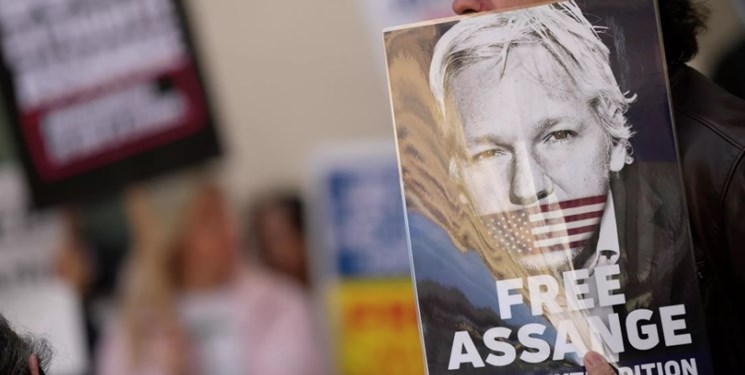 TEHRAN (FNA)- The Statue of Liberty should be dismantled if WikiLeaks founder Julian Assange is convicted in the United States, Mexican President Andres Manuel Lopez Obrador said during a Monday press conference.

"If he is brought to the US and given the maximum sentence, [sentenced to] death in prison, a campaign should be launched to dismantle the Status of Liberty in New York that was gifted by the French, because it will no longer be a symbol of freedom," the president explained, Sputnik reported.

Obrador added that he would raise the case of Assange during his talks with President Joe Biden in Washington, DC, next week.

Last month, Obrador said that he was willing to provide the WikiLeaks founder an asylum in Mexico, and stressed that he would call on Biden to drop charges against Assange during their meeting.

"Julian Assange is the best journalist of our time in the world and he has been treated very unfairly, worse than a criminal. This is a shame for the world,” he said, adding that his call for charges to be dropped would disappoint US hawks but insisted that “humanity must prevail”.

The Mexican president previously appealed to the former POTUS, Donald Trump, to drop charges against the Australian journalist.

Obrador also said he was disappointed by UK Home Secretary Priti Patel’s decision to greenlight Assange's extradition to the US, where he faces up to 175 years behind bars under the Espionage Act.

WikiLeaks lambasted the move as "a dark day for Press freedom and for British democracy", calling Patel "an accomplice to the United States in its agenda to turn investigative journalism into a criminal enterprise".

"Anyone in this country who cares about freedom of expression should be deeply ashamed that the Home Secretary has approved the extradition of Julian Assange to the United States, the country that plotted his assassination," the organisation stated.

Last year, reports surfaced detailing alleged plots in 2017 to either kidnap or assassinate the WikiLeaks founder, when he was five years into his political asylum inside the Ecuadorian embassy in London. At the time, Assange’s team hoped the revelation would helped their push to not have the publisher extradited to the US.

However, in April 2022, a UK judge approved Assange's extradition to the United States, leaving the final decision to the government. In May, Assange's defense filed a representation to Patel to block his extradition.

Assange is indicted by the US on multiple charges of alleged espionage and hacking, which resulted in the publication of classified documents by WikiLeaks exposing US war crimes in Afghanistan and Iraq. The WikiLeaks publisher's lawyers argue that he could face up to 175 years in jail if he is convicted in the United States.

Assange stayed at the Ecuadorian embassy in London from 2012 to 2019 amid fears that UK authorities would extradite him to the US. When Ecuador revoked his asylum status in 2019, British police arrested him, forcibly dragging him out of the embassy. He served an 11-month sentence for breaking bail conditions in a previous case, in which he was accused of sexual assault in Sweden. Stockholm dropped the probe into the sex assault allegations in November 2019 because so much time had elapsed.

Since 2019 he has been held in the Belmarsh maximum-security prison while his extradition was considered by courts.