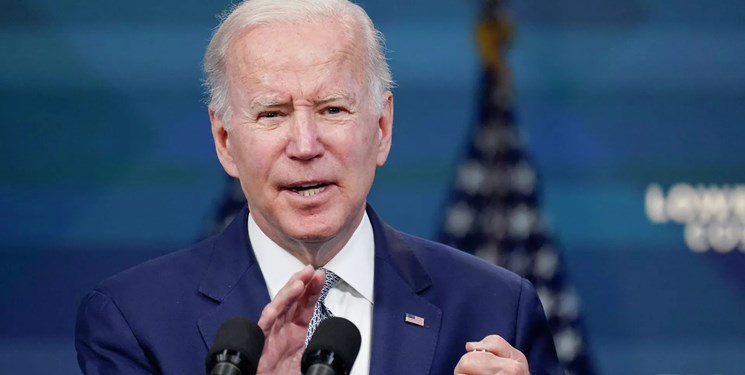 TEHRAN (FNA)- President Joe Biden is expected to roll back some Trump-era tariffs on Chinese imports as early as next week, according to insiders cited by The Wall Street Journal.

The decision, which could include a pause on tariffs on consumer goods ranging from clothing to school supplies, would likely be complemented by a broader policy allowing importers to request tariff waivers, according to the report.

The decision is believed to be prompted by the need to address sky-rocketing inflation, which rose unexpectedly last month to a fresh four-decade high of 8.6%, according to the US Labor Department.

However, the move will attempt to strike a balance between cutting consumer costs while maintaining pressure on Beijing, stated the publication.

The timing of the reported announcement is linked to a mandatory four-year statutory review of tariffs set in place under then-President Donald Trump by the Office of the US Trade Representative (USTR). It issued a Federal Register notice in May to initiate the first step of the process to determine whether China tariffs “issued pursuant to Section 301 of the Trade Act of 1974” should be continued beyond the 4-year mark since their implementation.

Thus, claimed the report, the Biden administration will be provided with an opportunity to ‘calibrate its policy’ before the comment period for businesses and others who have benefited from the tariffs closes on July 5.

Biden’s decision regarding China tariffs has been delayed up until now due to deep divisions within his own administration on this issue, according to WH officials and trade experts cited by the outlet.

US Treasury Secretary Janet Yellen in June revealed that the administration was looking at ways to ‘reconfigure' the tariffs to help curb inflation, adding that some of the restrictions inherited from the administration of the 45th POTUS were not ‘strategic’ and failed to address China’s ‘unfair trade practices'.

“Reconfiguring some of those tariffs so they make more sense and reducing unnecessary burdens is something that’s under consideration,” Yellen stated in an interview with ABC News on June 19.

Still earlier, on June 8 Yellen told the House Ways and Means Committee hearing she expected the Biden administration to have additional information on its plans ‘in the coming weeks'.

“I think some reductions may be warranted,” Yellen said of the tariffs, claiming that the cost of certain duties on China ended up being paid by Americans.

Her stance has been reportedly supported by Commerce Secretary Gina Raimondo.

Proponents of tariff slashing believe that it could signal Biden’s resolve to fight inflation and boost the Democratic president’s plummeting approval rating ahead of the November midterms.

However, opposing a paring back of the tariffs are US Trade Representative Katherine Tai and National Security Adviser Jake Sullivan, reported The WSJ.

Tai has repeatedly defended the tariffs as a useful tool for achieving concessions from China.

“The China tariffs are, in my view, a significant piece of leverage, and a trade negotiator never walks away from leverage,” Tai told a Senate subcommittee meeting on June 22.

According to skeptics, a mulled tariff cut should be complemented by specific measures. The suggested options ostensibly include raising tariffs on strategic items such as industrial machinery and transportation equipment, while lowering duties on consumer goods.

Furthermore, tariffs on a new set of products could be derived from a fresh US probe under Section 301 of the Trade Act focusing on China’s industrial subsidies on high-tech items, stated the report.

However, economists doubt that easing Chinese tariffs would have a dramatic impact on inflation.

Peterson Institute for International Economics analysts Megan Hogan and Yilin Wang were cited as saying that removing tariffs on Chinese imports could bring down the consumer-price index inflation by no more than a marginal 0.26 percentage points. However, subsequently, “as US corporations trim their markups to compete with imports”, that might result in a 1-percentage-point reduction in inflation, experts added.

In his trade war with China over its purportedly unfair trading practices, Trump imposed over four rounds of levies between July 2018 and September 2019. Targeting Chinese imports worth an estimated $370 billion, they ranged from 7.5% to 25%.

Trump’s actions were based on the findings of a Section 301 investigation into China’s practices related to technology transfer and intellectual property.

Despite the US and China penning a trade deal in 2020, Washington had kept intact most levies on Chinese imports ostensibly to ensure compliance with the accord’s provisions. Beijing has argued that the tariffs hurt both countries.

“With inflation rates running high across the globe, the US needs to lift all the additional tariffs imposed on China, as this will serve the interests of businesses and consumers and benefit both countries and the world at large,” Chinese Foreign Ministry Spokesman Wang Wenbin stated at a June 15 press conference.