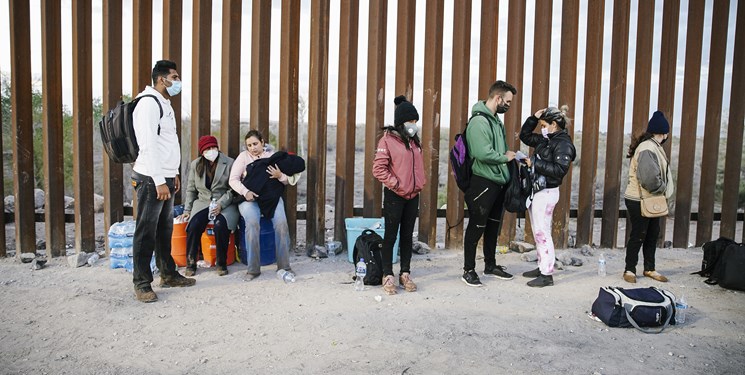 TEHRAN (FNA)- A new study dubbed the US-Mexican border as the world’s ‘deadliest’ migration land route, underlining the failure of the American migration policies, with record-high deaths in a single year.

The study, conducted by the Missing Migrants Project and published by the International Organization for Migration (IOM) on Monday, recorded at least 1,238 number of deaths during migration in the Americas in 2021, with about 60 percent of them occurring on the US-Mexico border.

“The number of deaths on the United States-Mexico border last year is significantly higher than in any year prior, even before COVID-19,” said Edwin Viales, author of the report, referring to the 728 deaths in the mentioned period.

“Yet, this number remains an undercount due to diverse challenges for data collection,” he added.

Viales depicted the American crisis management as weak, and noted that the government “needs to strengthen the forensic capacity of the authorities to identify deaths on these routes”.

“Our data shows the growing crisis of deaths during migration in the region,” he said adding that “we cannot forget that every single number is a human being with a family who may never know what happened to them," he remarked.

The development comes on the heels of the discovery of 50 dead bodies in a tractor-trailer that was abandoned on the roadside on the outskirts of the Texas city of San Antonio in the US.

A San Antonio Fire Department official was cited as saying that they found "stacks of bodies" and no signs of water in the truck, which was found next to railroad tracks in a remote area on the city's Southern outskirts.

The grim discovery marked one of the deadliest ever migrant smuggling episodes at the border.

The victims came from Mexico, Guatemala, and Honduras, bringing the total number of victims along the border to 493 for 2022 alone, according to the IOM’s report. The Missing Migrants Project recorded 854 deaths in 2019 and 798 deaths in 2020.

According to US Border Patrol officers, around 240,000 migrants tried to enter the country via its Southern borders in June alone.

It is worth noting that the survey stresses that even these numbers do not explain the whole issue due to a lack of official sources to collect data, meaning that the study’s figures represent a significant undercount.