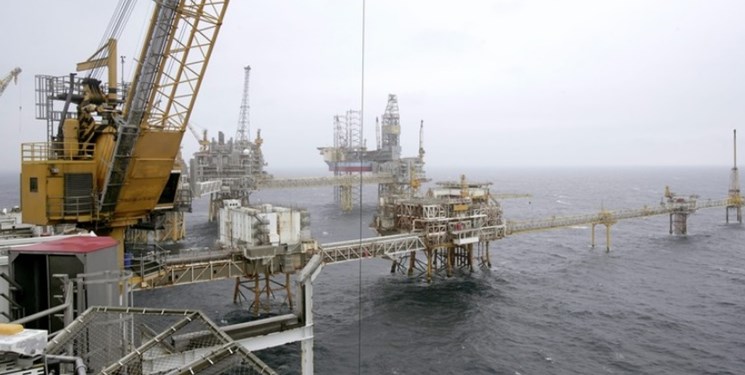 TEHRAN (FNA)- Norway, a leading European supplier of hydrocarbons, is reducing the output of oil and natural gas due to a strike of senior offshore workers, which came into force on Tuesday.

The Norwegian Organization of Managers and Executives (Lederne) union is demanding an increase in wages to compensate for surging inflation, according to Reuters.

During the first day of the shutdown, production at three offshore fields was cut, with two more phases of the protest planned for Wednesday and Saturday.

According to figures from the Norwegian Oil and Gas Association (NOG), the production of natural gas will be reduced by 13% and crude by 6.5%, once the second step comes into force on Wednesday. The percentages correspond to 292,000 barrels of oil equivalent of gas, and 130,000 barrels of oil per day respectively.

Norwegian operator Equinor confirmed the shut-down of production at the Gudrun, Oseberg South, and Oseberg East fields, and is preparing to shut down the Heidrun, Kristin, and Aasta Hansteen fields on Wednesday. The Tyrihans field, which is tied to the Kristin platform, will have to be put on hold as well, it said.

The strike was launched after the Lederne union last Thursday voted down a proposed wage agreement.

“Our goal is that employers engage with us and listen to their employees,” union leader Audun Ingvartsen told the news agency. Other Norwegian unions accepted the deal and will not go on strike.

The protest comes as Norway takes action to respond to soaring global fuel prices and a surge in demand in Europe, which is trying to decouple its economy from Russian energy. The country currently covers roughly a quarter of the demand in the EU and one-fifth of the demand in the UK, according to its petroleum ministry.

Benchmark natural gas futures at the Dutch TTF trading hub surged 10% on Monday on news of the imminent strike in Norway.