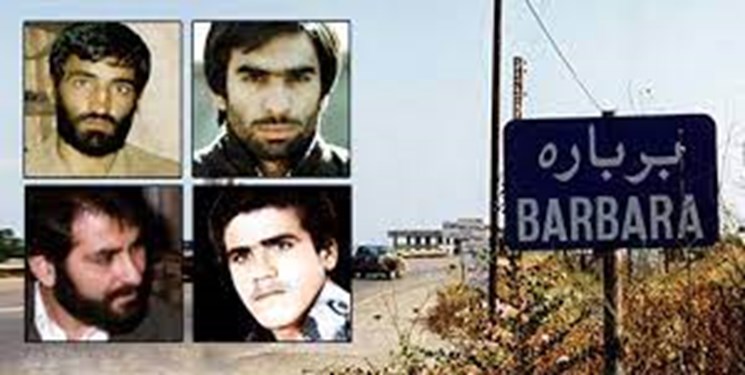 TEHRAN (FNA)- Iran's foreign ministry in a statement commemorated the four Iranian diplomats kidnapped by Israel in Lebanon in 1982, and reiterated continued efforts to determine their fate.

The incident that happened on July 5th, the anniversary of the abduction of 4 Iranian diplomats, symbolizes the gross violation of all the provisions of the Vienna Convention (1961) known as diplomatic rights and immunity that are reserved for all diplomats, the statement said.

Forty years ago, in 1982, four Iranian diplomats named Seyyed Mohsen Mousavi, Ahmad Motevaselian, Kazem Akhavan and Taghi Rastegar Moghaddam were kidnapped by the mercenaries of the Zionist regime in an area in Lebanon that was under the Israeli occupation back then, it added.

The Islamic Republic of Iran always holds the Zionist regime and its backers responsible politically and legally for the kidnapping and for that act of terrorism, the statement said.

The Iranian Foreign Ministry has made relentless efforts in this regard and has pursued all legal channels that made the then UN secretary general to declare readiness for cooperation in 2008, but unfortunately, the international community and rights groups have failed to cooperate with Iran appropriately to find out what happened to the Iranian diplomats. The Zionist regime, which is not bound by any international law or humanitarian laws, has always dodged its responsibility in this respect amid the international silence toward the regime’s crimes, it added.

The Islamic Republic of Iran expects all rights organizations and the UN to take required measures by using appropriate mechanisms to force the Zionist regime into cooperating to the full in order to determine the fate of the dear diplomats and pave the way for the punishment of the perpetrators of the crime and the violators of the diplomatic rights, the statement underlined.

While appreciating the efforts of the Republic of Lebanon to determine the fate of the abducted Iranian diplomats, the Islamic Republic stresses the need for the formation of a fact-finding committee by the two sides and in cooperation with international bodies, the foreign ministry said.

On the 40th anniversary of the abduction of the 4 Iranian diplomats by the mercenaries of the Zionist regime in Lebanon, the Foreign Ministry commemorates the memory of these dear diplomats and sympathizes with their honorable families. The Foreign Ministry also hereby declares that it will continue its efforts to determine the fate of the kidnapped diplomats and is diligently pursuing the matter, it added.

The then charge d'affaires of the Iranian Embassy in Beirut Seyed Mohsen Mousavi, military attaché Ahmad Motevaselian, embassy technician Taghi Rastegar Moghadam and journalist of the Islamic republic news agency Kazzem Akhavan were kidnapped by the Lebanese mercenary army - also known as the Falangists - at gunpoint in Northern Lebanon in 1982 and were later handed over to Israeli army.

Israel has released contradictory reports on the issue. The Zionist regime alleged in a statement last year that the diplomats had never been surrendered to Israel. Elsewhere it claimed in response to a request put forward by the Lebanese Hezbollah group that the four are already dead.

In September 2008, the Lebanese government sent a letter to UN Secretary General Ban Ki-moon, in which Beirut confirmed the abduction of the Iranian diplomats in the Lebanese territory and called for UN action to pursue the case.

Israel has claimed that the Iranian diplomats were abducted by Lebanese Phalange forces and killed shortly after their abduction. The Lebanese resistance movement Hezbollah has, however, said that it has evidence that they are still alive and in Israeli captivity.

Former Iranian Defense Minister Brigadier General Hossein Dehqan announced in May 2016 that Iran is in possession of corroborative evidence proving that its four diplomats are still alive and imprisoned by Israel.

"We claim on the basis of proofs that they are alive and captivated by the Zionist regime," General Dehqan said.

He underlined that the Israelis are responsible for the health of the Iranian diplomats, adding that Tehran will also pursue their fate legally and politically.

In January 2009, the then Iranian foreign ministry spokesman said that Iran had received a report from the Zionist regime which said the kidnapped Iranian diplomats had not been transferred to Tel Aviv and laid the blame on the Lebanese mercenary army affiliated with Israel.

In reaction to the report, the spokesman said at the time that the report "will not relieve the Zionist regime of its responsibility" for the healthiness and safe repatriation of the diplomats.