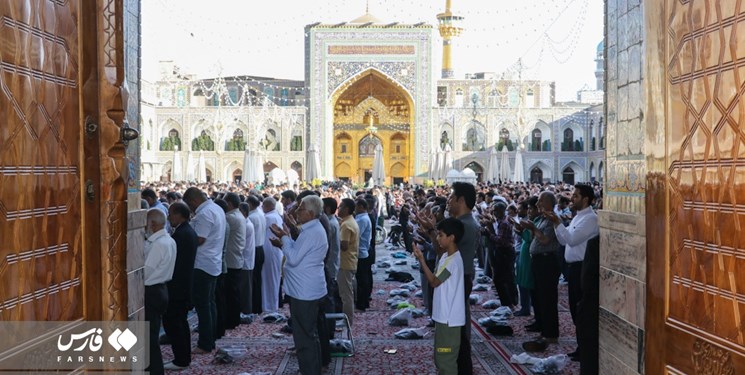 TEHRAN (FNA)- Millions of Muslims began celebrating the Eid Al-Adha (the Feast of Sacrifice), which marks the culmination of the annual Hajj pilgrimage, in a number of countries.

Muslims are flocking to mosques and open grounds to take part in celebrations marking the auspicious occasion, which is one of the most significant festivals on the Muslim calendar.

In Iran, a mass prayer is to be held in the capital city of Tehran. Hojjat ol-Eslam Mohammad Javad Haj Ali Akbari is slated to lead the Eid Al-Adha prayers, with people from various walks of life and high-profile officials in attendance.

Muslims traditionally celebrate Eid Al-Adha with the sacrifice of sheep, cattle, camels and other livestock.

The act commemorates Prophet Ibrahim or Abraham (PBUH) submission to divine order to sacrifice his son, Ismail (PBUH). Just before sacrificing his son, God provided Prophet Abraham with a ram to sacrifice instead after he successfully passed the divine test.

The major rituals of the Hajj are performed during a five-day period from the 8th through the 12th of Dhu Al-Hijjah on the Muslim lunar calendar.

The Hajj pilgrimage is a religious ritual, which must be performed at least once by every able-bodied Muslim who can afford it.

Hajj is considered as one of the five pillars of Islam and the largest act of mass pilgrimage in the world.

The holy pilgrimage is also a demonstration of Muslims’ unity and their submission to Allah.