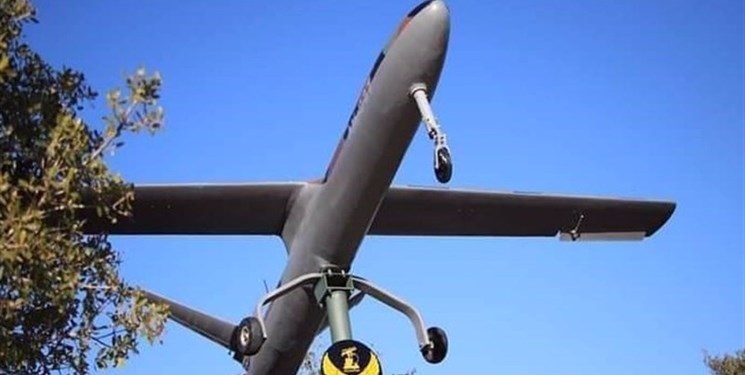 TEHRAN (FNA)- A senior Hezbollah official announced the three drones that the Lebanese resistance group sent toward the Karish gas field last week had a “quick effect” on the course of sea border demarcation talks between Lebanon and the Israeli regime.

Hezbollah announced last Saturday that it had sent three unarmed drones of different sizes toward the disputed area at the Karish field in Eastern Mediterranean to carry out reconnaissance missions.

“The mission has been accomplished,” the resistance movement said at the time.

On Saturday, Sheikh Nabil Qaouk, a top member of the executive council of Hezbollah, noted that the operation conveyed a message “at the appropriate place and time and had a quick effect".

“It was a one-hundred percent patriotic message,” Qaouk stated, adding, “The drones plunged the Israeli enemy into new equations and calculations, and the post-drones period does not resemble the pre-drones one.”

A day after the drone operation, Lebanese Foreign Minister Abdallah Bou Habib said he expected his country and the Israeli regime to reach an agreement in September.

Bou Habib noted information obtained from US and UN officials suggests that progress has been made in the negotiations.

US senior advisor for energy security Amos Hochstein has been in the region to facilitate the indirect talks between Lebanon and Israel as they have no official diplomatic ties.

Lebanese President Michel Aoun later said that “the issue of border demarcation will be finalized soon".

“If things were not positive, Beirut would have stopped the negotiations,” Aoun stated in an interview with OTV, adding, “We will reach a solution in a short period, and I believe we have reached an understanding with the Americans who are mediating with Israel.”

Meanwhile, Qaouk called on the Lebanese diplomats to push for Lebanon’s position in the talks and block interference and dictates of embassies of other countries.

“When Lebanon’s resources are threatened by the enemy, it is not acceptable to submit to [the will of] an ambassador, regardless of the identity of that ambassador,” he continued.

The Hezbollah official further said the resistance group is a strategic national treasure that protects the Arab country and preserves its glory.

“It has performed its duty in a manner that serves the interest of the Lebanese and preserves their dignity and resources,” he added.

Hezbollah warned last month that it was “ready” to take action if the Lebanese government confirms that Israel is violating the country’s maritime rights.

Hezbollah chief Seyed Hassan Nasrallah warned that the resistance would not “remain silent” in the face of the Israeli regime’s efforts to plunder Lebanon’s gas resources.

“In the face of looting of Lebanon’s resources, the resistance cannot remain silent,” Nasrallah stated, adding that all options are on the table for the resistance, whose main role is to “preserve Lebanon’s land, waters, oil, gas, and dignity".

Earlier last month, a natural gas storage and production ship operated by the UK-based Energean arrived at the Karish field, some 80 kilometers West of the port city of Haifa.

The Tel Aviv regime claims the field in question falls within its so-called exclusive economic zone while Beirut rejects the claim.

The two sides have held several rounds of talks to delineate their maritime borders and resolve the decades-long dispute but to no avail.