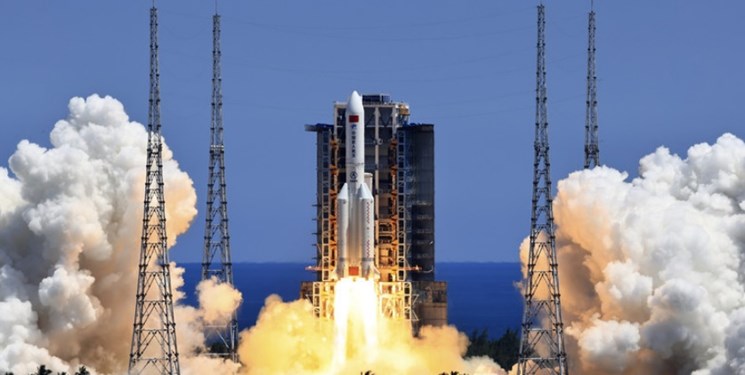 TEHRAN (FNA)- China has expanded its orbital space station, Tiangong, with the first of two planned lab modules, state media report. It marks a major milestone for Beijing's domestic human space program which it was forced to pursue alone after being banned from the International Space Station.

The lab module named Wentian (“Quest for the Heavens”) successfully docked with the front port of the core module Tianhe at 3:13am Monday Beijing Time, approximately 13 hours after its launch on Sunday, the China Manned Space Agency announced, according to Xinhua.

Three Chinese astronauts, who are currently in orbit aboard China's Tiangong (which translates as “Heavenly palace”), oversaw the arrival and docking, but have yet to enter the new module. The trio – commander Chen Dong and Liu Yang and Cai Xuzhe – are part of a lengthy six-month Shenzhou-14 mission, during which the Chinese space station is set to receive another module and become fully operational.

The 23-tonne Wentian is around 18 meters long and 4.2 meters in diameter. While designed mainly as a platform for scientific experiments in ecology, biotechnology and gravity, it will also provide additional sleeping areas for the crew, as well as an extra toilet and kitchen. According to CGTN, the spacecraft also brought an additional robotic arm, which is smaller than the one already installed on Tiangong, but designed for more precise and delicate operations.

The station’s first core module was brought into orbit last April, while the third named Mengtian (“Dreaming of Heavens”) is awaiting launch in October 2022. With the addition of these two segments, Tiangong will be officially fully operational, weighing about 66 tons, or roughly half the size of the Soviet Mir, which to date was the first and only continuously inhabited multi-modular station developed and operated by a single state.

The mission of the Tiangong is expected to last more than a decade, if everything goes as planned. However, China has not ruled out that its lifespan might be prolonged, while the initial three-module configuration may be expanded to six in the future.

China is not a member of the International Space Station (ISS) program, because US laws prohibit NASA from engaging in direct collaboration with the Beijing government or any China-affiliated organizations over the fears of spying and technology theft by the country’s military, despite Beijing’s assurances that it has purely peaceful purposes.

On the other hand, Beijing has invited foreign astronauts to join the mission aboard Tiangong space station and conduct research alongside its crew, with Chinese Foreign Ministry Spokesperson Wang Wenbin saying in April that China was “ready to cooperate with all nations”.