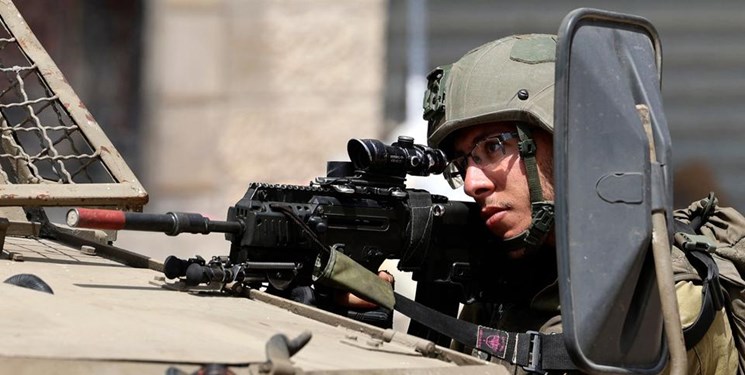 TEHRAN (FNA)- Israeli forces Friday afternoon gunned down a Palestinian teen in confrontations in Al-Mughayyir village, East of Ramallah, according to the Health Ministry.

The Ministry said in a press statement that Nash’at Abu Alia, 16, succumbed shortly after to his critical wounds as a result of live ammunition fired by Israeli soldiers in the chest in the course of confrontations in the village, WAFA news agency reported.

The confrontations broke out when Israeli forces and settlers violently cracked down on a rally against settler attacks in the village.

The heavily-armed soldiers opened live rounds, rubber-coated steel bullets and tear gas canisters towards the participants in the rally, hitting two, including Abu Alia, with live ammunition and causing dozens to suffer from the effects of tear gas inhalation.

The Palestinian presidency has strongly condemned the heinous crime committed by Israeli settlers and the occupation army East of Ramallah, which led to the death of Abu Alia.

Nabil Abu Rudeineh, spokesman for President Mahmoud Abbas, said “this crime comes within the framework of the daily series of killings that our people are subjected to, whether by the occupation army or its settlers who are wreaking havoc and murder under the protection of the Israeli government”.

“The Israeli occupation government bears the consequences of this dangerous Israeli escalation against our people and their Islamic and Christian sanctities. [This government] works day and night to provide protection for the murderous settlers, violating all the resolutions of international legitimacy and international law, which affirm that settlements in all their forms are illegal and have no legitimacy on Palestinian land,” he added.

Abu Rudeineh said that these ongoing crimes “confirm Israel's disregard and rejection of all commitments and pledges made by the US administration during US President Joe Biden's recent visit to the region, which stressed the need to stop all unilateral measures and stop the daily killing and the provocative Israeli measures that push the region into escalation”.

He stressed the need for the US administration “to intervene and stop this Israeli spree of killing, settlement, storming cities, desecrating Islamic and Christian sanctities, and the policy of imposing a fait accompli, which we will never accept and we will confront at all costs”.

Abu Rudeineh called on the international community “to break its silence towards these Israeli crimes, and immediately hold these killers accountable and punish them for these organized crimes, providing protection for our people, ending the occupation, and establishing an independent Palestinian state, with East Jerusalem as its capital on the 1967 borders”.