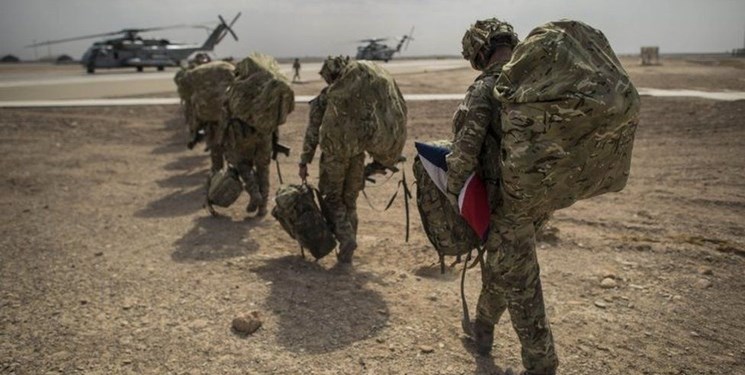 TEHRAN (FNA)- The UK Foreign Office admitted a catalogue of errors over its handling of Britain’s exit from Afghanistan, but has shut the door on many Afghans who helped the UK prior to the Taliban takeover last August, saying it will not provide false hope that they will be given the chance to come to the UK.

Foreign Office officials say it is difficult to judge whether Afghans who worked on UK-funded civilian schemes, such as the British Council, are truly in danger from the Taliban, saying the evidence is that the threat primarily applies to those who provided security support to the UK, The Guardian reported.

Officials said the slow progress in processing cases this year had been caused by the high number of rejected applications, as well as legal cases challenging UK refusals to provide a right of abode. So far, only 5,000 Afghans have been given permission to come to the UK, in addition to the 15,000 evacuated at the time of the fall of Kabul last year.

The Guardian has been given details by individual Afghans who worked for UK-funded NGOs now in fear for their lives in underground shelters. They claim members of their family have already been executed due to their connections with the UK, but have been unable to get a response from the Home Office.

But in its formal response, published on Friday, to a scathing foreign affairs select committee report released in May on the Afghan evacuation, the Foreign Office said, “If the government were obliged to offer in extremis resettlement to the UK to anyone working on programmes it funded in fragile states where there was a risk of an evacuation being needed, that could severely inhibit the provision of funding to NGOs delivering vital development programming.”

The Foreign Office admitted to the foreign affairs select committee that the “special cases” evacuation scheme, for Afghans who supported the UK effort without being directly employed by the UK government, had “many shortcomings” and was “poorly communicated”, and that prioritisation of cases was “far from perfect”.

The response stated that there were “staffing gaps in some teams for some periods” during the evacuation, and that “the impact of the crisis on staff welfare was significant”.

Officials denied having intended in evidence to mislead the committee about the lobbying for staff from an animal charity, Nowzad, to be included in the British airlift.

It insisted that “at no stage have ministers or officials sought to mislead the committee deliberately”, adding, “The FCDO [Foreign, Commonwealth and Development Office] wishes to reiterate the sincere apologies officials have given orally and in writing for inadvertently providing misleading evidence on this issue. The government regrets that it took as long as it did to establish what the decision-making process had been in this case, and how the decision was communicated internally to FCDO staff. The government acknowledges again that the way the decision to call forward Nowzad staff for evacuation was made was exceptional.”

The select committee had called in its report for the permanent secretary, Sir Philip Barton, to consider his position after it emerged he had been on holiday during the fall of Kabul. He has said he regretted not returning to work earlier, and in its formal response the Foreign Office admitted it needed to improve its worst-case scenario planning, since at no point was such a rapid collapse of Kabul to the Taliban considered.

The Foreign Office refused to disclose detailed intelligence assessments to the committee. Officials also admitted the UK was unable to influence the US to change its decision to withdraw troops, and so had to work within the parameters set by the US.

It said in its written response that “the government had no illusions about the chances of success, but it wanted to do everything possible to try to avert the sort of outcome that eventually followed”.

UK officials were at a meeting with the Taliban in Tashkent in Uzbekistan earlier this week, along with about 30 other countries involved in Afghanistan. The UK was struck by the absence of voices calling for the Taliban’s recognition, due to the lack of a plural government that respects women’s rights.

In its response to the select committee, the Foreign Office said it supported the US opposition to releasing billions of dollars of Afghan central bank assets currently frozen in the US.

It said there were “currently significant risks in facilitating the flow of reserves held overseas, arising from the Taliban’s appointments to leadership positions in the central bank of unqualified and UN-sanctioned personnel, the loss of experienced staff from the central bank, and uncertainty around the central bank’s implementation of anti-money laundering and anti-terrorist financing controls”.