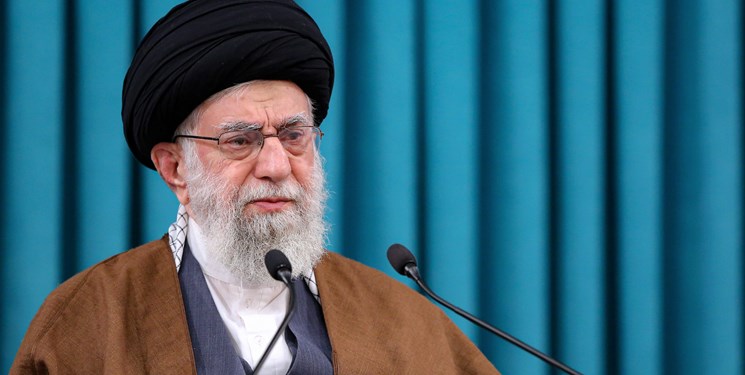 TEHRAN (FNA)- Iran's Supreme Leader Ayatollah Seyed Ali Khamenei offered condolences over the death of dozens of Iranians in floods across the country, and urged authorities to adopt all the necessary measures to help the victims of the incident and repair the damages.

"The dreadful, damaging floods taking place in various parts of the country have incurred physical, financial and emotional injuries on a number of our dear people. I wish to express my deep sympathy with all these loved ones and my condolences to the victims of these disasters," Ayatollah Khamenei said in a Saturday message.

The Iranian Leader called on the country’s authorities to take all necessary measures for repairing damages.

He also appreciated the timely and rapid presence of the officials in the flood-hit areas and also for the efforts made by the popular relief groups for helping the victims.

"It is the duty of all of us to continue these Go-pleasing measures and make constant efforts to alleviate the effects of these painful events," the Supreme Leader stated.

The death toll from the recent floods in Iran has risen to 61 as 32 more people remain missing.

Also on Saturday, Iranian President Seyed Ebrahim Rayeesi paid an unannounced visit to an area affected by the recent floods East of the capital Tehran.

Speaking in Firouzkouh where flooding has killed a number of people, the president said rescue workers are trying to get aid to people in the flood-hit regions at full capacity.

Rayeesi added that 660 areas have been struck by floods.

Twenty-one out of 31 Iranian provinces have been affected by flooding over the past week, with Tehran being one of the hardest-hit areas.

Relief operations are still under way amid flood warnings in place in many regions where people are advised to stay off river banks and valleys.