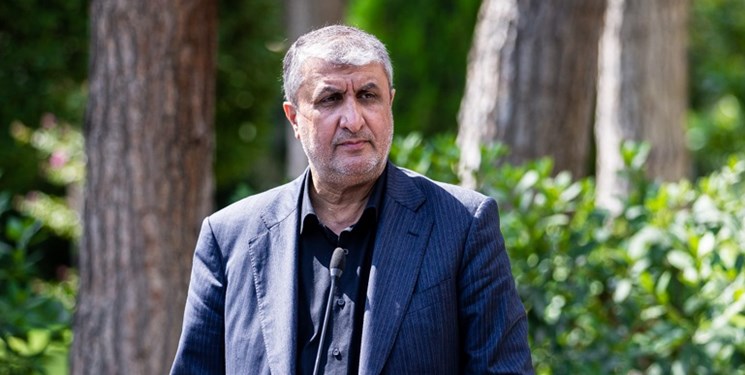 In response to the IAEA Director-General who has recently claimed that the Iran's nuclear program is progressing very, very rapidly, Eslami noted, "We expect Mr. Grossi to talk according to the rules of IAEA and to stop the political behavior that is affected by the Zionist pressures."

Commenting on the beyond-safeguards monitoring cameras installed by the United Nations nuclear agency at the country's nuclear sites, Eslami said, "The IAEA's cameras we collected were Beyond-Safeguards Cameras and were installed with Iran's agreement toward the Joint Comprehensive Plan of Action (JCPOA) to measure the limits, capacity, and speed of Iran's nuclear activity."

"There is no reason for us to unilaterally act on a quasi-obsolete agreement when no parties are left in the JCPOA. No cameras will be installed if they do not drop the charges and return to their commitments," Eslami further explained.

The head of the AEOI added that gassing the centrifuges is within the framework of the parliament's strategic action law and is a response to the sanctions of the other side.

The official stressed that Iran has always emphasized that all its nuclear activities are in accordance with the standards of safeguards and NPT, and Tehran is committed to NPT and safeguards.

"Iran will not shy away from any action to safeguard its national rights against increasing pressures," the nuclear head stated after Tehran began to feed gas into cascades of new centrifuges as an immediate response to a fresh round of US sanctions.

On the fresh sanctions imposed by Washington against Tehran, Eslami said, "The Americans not only did not fulfill their obligations, but they are also committing new actions and repeating accusations against Iran."

"The United States has repeatedly admitted the failure of the policy of maximum pressure," he continued, adding, "However, we are witnessing the dual and multiple behaviors of the US and the false accusation that they attribute to the country for 20 years."

Eslami stressed that Iran has a strong will for lifting the anti-Tehran sanctions and does not hesitate to take any actions that are in the interests of the nation.

On Monday, US Treasury and State Department imposed sanctions on a total of six companies, four based in Hong Kong, one in Singapore, and one in the United Arab Emirates (UAE). The US claimed the firms have helped Iran sell tens of millions of dollars in oil and petrochemical products to East Asian countries.

Later in the day, Iran announced it was beginning to feed gas into hundreds of advanced IR-1 and IR-6 machines.

Iran Blames US for Sanctions Addiction, Says No Difference Between Biden, Trumphttps://t.co/70LvcmFif5 pic.twitter.com/h0DJLXAEGx

Iranian officials blast the US addiction to sanctions, and slammed President Joe Biden for continuing his predecessor Donald Trump's policy on Tehran. They say Iran will not give in to the US pressures in the nuclear talks.