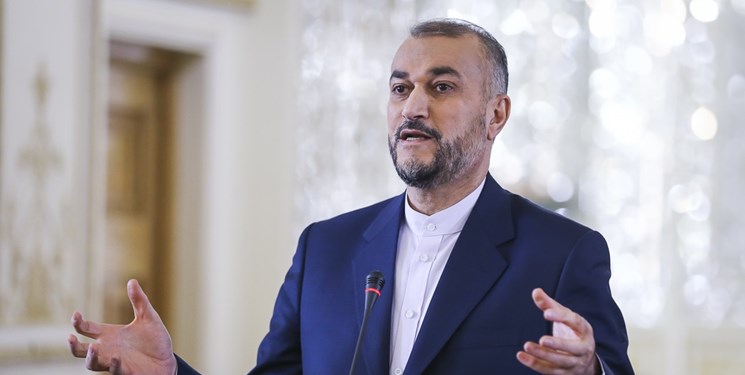 Amir Abdollahian made the remarks in a tweet on Wednesday after US House Speaker Nancy Pelosi wrapped up her controversial two-day visit to Chinese Taipei as a show of support for separatist voices on the self-ruled island.

“Respect for countries’ territorial integrity is among the recognized fundamentals of the international law,” the top diplomat said, adding, “Within this framework, the Islamic Republic’s support for the ‘one-China' principle is indubitable.”

“The US’s provocative measures have turned into a source of threat against the international peace and stability,” he noted.

Pelosi, the third most senior official in the US government, touched down in Taipei late on Tuesday despite repeated warnings from Beijing against attempting to visit territory that it regards as an integral part of China.

In response, Vice Foreign Minister Xie Feng has urgently summoned the US Ambassador to China Nicholas Burns on Tuesday night, to lodge “stern representations” over the House Speaker’s visit to Taiwan and warn Washington against going further down the “dangerous path” of antagonizing Beijing.

Beijing has also begun conducting military drills off Taiwan after promising to launch a series of “targeted military operations” in response to Pelosi’s visit to the island.

Kan’ani said on Tuesday that the recent “tension-creating behavior” of the US officials in interfering in China’s domestic affairs and violating its territorial integrity was an example of Washington's interventionist policies in different parts of the world.

"This behavior will have no outcome except the increasing of instability and the stirring of hostilities, and it is therefore condemned," he noted.

“Respect for the national sovereignty of countries is one of the fundamental principles of the United Nations Charter,” the official continued, adding, “Article 2 of the Charter prevents members from any behavior that harms the territorial integrity and political independence of other states.”

“The Islamic Republic of Iran considers respect for the territorial integrity of countries to be among the principles of its foreign policy, and support for the One-China policy is unquestionable in line with this tenet,” the spokesman stated.

The Iranian diplomat stressed that unilateralism and violations of international regulations and commitments had become an integral part of the US foreign policy.

Under the One China policy, nearly all countries across the globe recognize Beijing’s sovereignty over Chinese Taipei, including the US, which nevertheless courts the secessionist government in Taipei, supports its anti-China stance, and supplies it with massive amounts of armaments.