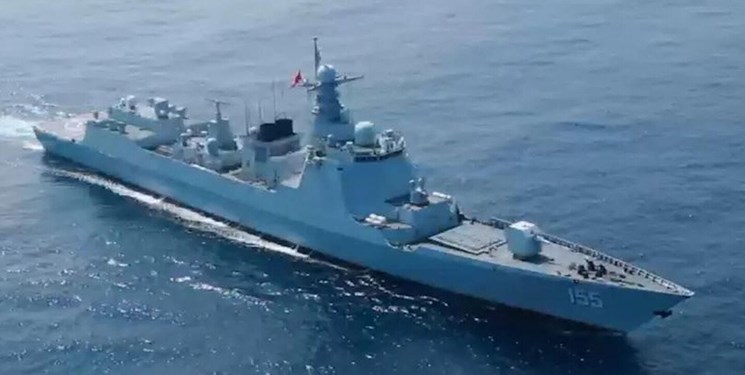 TEHRAN (FNA)- Foreign Minister Wang Yi warned that the US’ plans to deter China will not prevent Taiwan's imminent reunification with the mainland.

“The US’ plans to use Taiwan to deter China will never succeed and will not change the historical trend of Taiwan's imminent reunification,” he told reporters on Thursday, Sputnik reported.

According to him, US provocations will only inspire the 1.4 billion Chinese to unify and accelerate the creation of a modern-day socialist state with Chinese characteristics.

Wang also said that Washington's provocative actions with regards to the Taiwan issue are not accidental, and that this is a “well- planned farce".

The top Chinese diplomat added that the US “has exposed its ugly face of treachery to the entire international community”.

The remarks came after Wang warned on Wednesday that Beijing “will leave no room for action to pro-Taiwan independence forces or interference from outside forces”. He also argued that attempts to use Taiwan to deter China are doomed to failure, noting, “The United States should not have any illusions about undermining China's development and revival.”

Wang spoke as the Chinese military kicked off live-fire exercises in the sea surrounding Taiwan on Thursday, according to the state-run Chinese broadcaster CCTV.

The PLA had earlier announced that the drills will run from August 4-7 in six different areas that form a circle around Taiwan.

The drills come amid increasing tensions between China and the US over Nancy Pelosi’s visit to Taiwian. The House speaker arrived there on Tuesday as part of a congressional delegation's tour of the Indo-Pacific region, casting aside private warnings from the Biden administration about the risk that her high-profile diplomatic visit could bring and prompting a sharp response from the Chinese government.

In response to the visit, in addition to announcing the start of military exercises from August 4 to 7, Beijing imposed sanctions on two Taiwanese funds, as well as suspended the export of natural sand to the island and imports from Taiwan of citrus fruits and some types of fish products.

The Chinese Foreign Ministry also made it clear that all the negative consequences of the visit, which Beijing has opposed for several months, are still ahead, and Washington and Taipei will bear the responsibility for them.