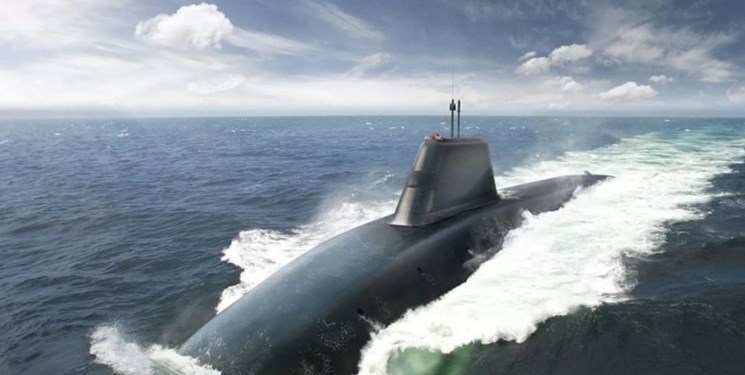 TEHRAN (FNA)- The US moves to create narrow pacts like AUKUS (Australia, the United Kingdom and the United States) are aimed at promoting NATO’s interests in the Indo-Pacific region, Russian Foreign Minister Sergey Lavrov said on Friday.

"The open formats of the Association of Southeast Asian Nations (ASEAN) that operate on the basis of a consensus and mutual respect are endangered by the activity, which the United States and its closest allies are undertaking to create narrow-format structures here, including military-political pacts, as in the case with the so-called AUKUS trio," Russia’s top diplomat pointed out, TASS reported.

"There is a clearly observed trend of using AUKUS for promoting NATO’s interests in the Indo-Pacific region," Lavrov stressed.

The North Atlantic alliance does not even conceal its intents, Russia’s top diplomat said.

"At its Madrid summit in June this year, the North Atlantic alliance proclaimed NATO’s global responsibility in the sphere of security and advanced the concept of indivisible security of the EuroAtlantics and the Indo-Pacific region," Lavrov said.

"And, of course, in these activities [the United States and NATO] they are actively using militarist sentiments that manifest themselves in present-day Japan," the foreign minister stressed.

"Japan, and also New Zealand and Australia are being actively pulled into the activity associated with expanding NATO’s military infrastructure to embrace the region, in which we are located, with logistics chains being established here for the needs of NATO’s military activity," Russia’s top diplomat said.

US attempts to establish its dominance in every corner of the world are futile and reflect Washington’s policy of impunity, Lavrov said during a meeting with his Chinese counterpart Wang Yi on Friday.

The top diplomats of Russia and China met on the sidelines of ASEAN events in Cambodia’s capital Phnom Penh on Friday.

During the talks, the Russian minister noted "the policy of lawlessness, demonstrated by the US colleagues, who are seeking to establish their dominance" over and over, in more and more areas on the global arena.

"Each time, everyone who is keeping track of those events, realizes the futility of policy, according to which one can turn a blind eye to a situation, a crisis brought about by the US, and expect things to be more or less fine. No, the Americans have set a course for cracking down on any form of self-sufficiency," he said.

"This was the case when they tried to turn Ukraine into a threat for the Russian Federation and ignored the racist policies of the Kiev regime, who sought to eliminate everything Russian. This was also the case with Nancy Pelosi’s visit to Taiwan, when they ignored the principles they had publicly declared and had assured everyone of their steadfast commitment to them," Lavrov continued.

"This was exactly the case in Ukraine, when they violated the principles of indivisible security, which they had signed at the supreme level, and later simply trampled over them," the minister added.

Russia has recently sent a letter to UN Secretary-General Antonio Guterres about the neglect by the United States of its responsibilities as host country of the organization's headquarters, Lavrov said.

"The United States, as the host country of the headquarters, has a legal obligation to the UN and to all members to do everything so that any UN member country can normally, comfortably participate in the work of any bodies of the organization. The United States, of course, is shirking this obligation. So I recently sent a letter to the UN Secretary-General [Antonio Guterres], who in turn is obliged to make the host country behave decently," he told reporters on Friday.

At the same time, Lavrov, responding to a question about Russia's participation in the UN General Assembly in September, stressed that "Russia cannot be unrepresented at the UN, and Western countries are not allowed to decide these issues".

"As for the level of our presence there - whether it will be a delegation from Moscow or, as you said, our American colleagues will prohibit the arrival of our delegation in the spirit of their liberty - we'll see," the minister said.

The Russian top diplomat also recalled that the agreement that was reached between the UN and the US about the residence of the headquarters of the organization implies the right of the Secretary-General to initiate arbitration if Washington will violate its duties.

"At this stage, for some reason, the Secretary-General has been unable or unwilling to exercise this right for several years now," Lavrov pointed out, adding, "We are reminding him that he has it [the right], and it should not just lie in his pocket, but actively used."

According to Lavrov, Russia began reminding the Secretary-General of this right when the Barack Obama administration in the final weeks of its term in the White House illegally seized some diplomatic properties from Russia.

"Let's hope that after all, the United States realizes that even for its reputation in the international arena it is important to avoid the impression that it is afraid of discussions, that it is trying to cut off channels of discussion in disputes, discussions, negotiations of countries whose positions contradict American ones," Lavrov concluded.

Russia is ready to discuss prisoner exchange with the United States, but only within the framework of the channel previously agreed upon by the presidents of the two countries, Lavrov told reporters.

"We are ready to discuss this topic, but only through the channel that was agreed upon by [Russian President Vladimir] Putin and [US President Joe] Biden," he said, answering a corresponding question from TASS.

"If the Americans decide to resort to public diplomacy again and make loud statements that they are going to take such-and-such steps, that is their business, and I would even say that this is their problem. The Americans often do not stand for quiet professional work on this and many other topics," the minister added.

When asked by TASS to comment on National Security Council Spokesman John Kirby's statement that if Secretary of State Antony Blinken had an opportunity to "catch the Russian foreign minister by the button", he would do so, Lavrov said that Kirby must have forgotten to give the US Secretary of State a corresponding instruction, since they were sitting across the discussion table on Friday.

"I didn't see that he [Blinken] was interested in catching me by something there, the buttons are all in place," the Russian foreign minister pointed out.

Earlier on Thursday, Kirby said the US did not rule out that Blinken would discuss the prisoner exchange with Lavrov in Cambodia on occasion.