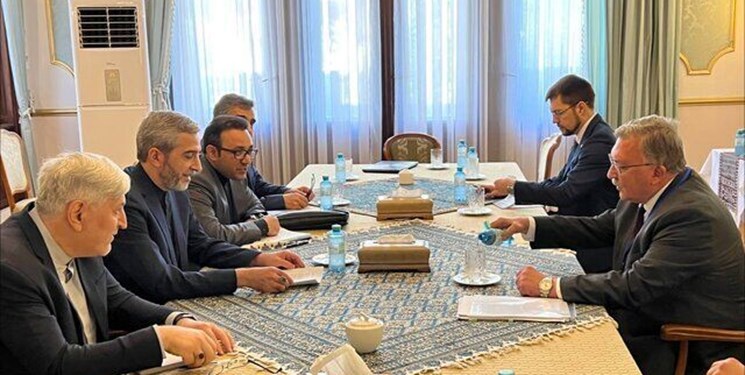 TEHRAN (FNA)- Iran's Chief Negotiator Ali Baqeri Kani and Russia's top negotiator in Vienna talks Mikhail Ulyanov in a meeting in the Austrian capital on Friday discussed the removal of unilateral sanctions imposed by the US against Tehran.

During the meeting, the two sided underlined the need for removal of the entire sanctions before reaching any deal with the US.

Beofre his meeting with Baqeri Kani, Ulyanov had said that reaching the finish line may not be easy, but in general the atmosphere of the talks is serious.

"The situation is not completely clear, but apparently, all parties are reaching a consensus on the final text," he added.

Iranian negotiating delegation, headed by Ali Baqeri Kani, arrived in the Austrian capital of Vienna on Thursday morning to attend the fresh round of nuclear talks on the removal of anti-Iranian sanctions.

The talks between representatives of Iran and other parties would be followed up in different formats.