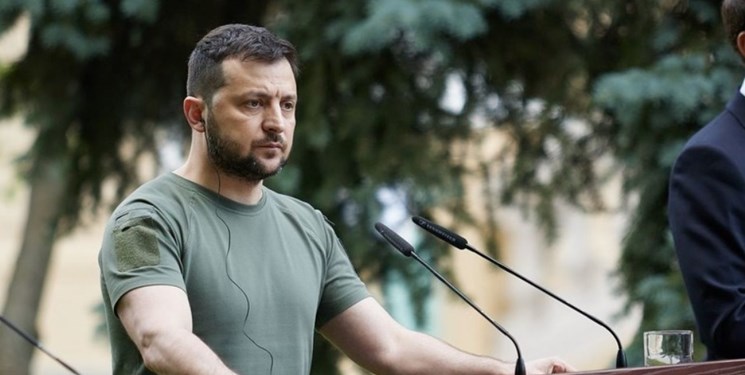 TEHRAN (FNA)- There is growing dissatisfaction among Ukrainian mayors with President Vladimir Zelensky and his government, the Washington Post reported on Thursday.

They want more say in receiving and distributing foreign aid, which is currently funneled through Kiev, several of the city heads told the newspaper.

The Ukrainian government “appears to be trying to sideline mayors to maintain control of recovery aid and to weaken any future political rivals”, according to the Post.

Some officials believe Kiev is backtracking on promises to decentralize the government and empower people on the local level to solve their own problems.

At least three Ukrainian mayors expressed this sentiment to some degree in interviews with the Washington Post, including Boris Filatov of Dnepr, Vladislav Atroshenko of Chernigov, and Aleksandr Tretyak of Rovno.

The former two have been publicly critical of Zelensky’s policies amid the hostilities with Russia.

Filatov, a strongman politician who has led the city since 2015, recently took issue with the president’s move to strip Ukrainian citizenship from Gennady Korban, a longtime ally of Filatov.

“I really would not want the central government taking advantage of the fact that we have a war in our country, to start, let’s say, creating an autocracy,” the Dnepr mayor wrote on social media, blasting the move.

Atroshenko lashed out at the Zelensky government last month, accusing “subordinates” of the Ukrainian president of trying to subvert the mayor’s power. The statement came after he was barred from leaving the country for what he described to the Post as a fundraising trip on behalf of Chernigov.

A senior aide to Zelensky warned in response that Kiev can find ways “to help cities and communities” without mayors who “complain about not being able to go abroad”.

The government in Kiev serves as the “main conduit” for billions of dollars in aid pledged by Ukraine’s sponsors for reconstruction purposes, the Post noted. The central government also installed military administrations in Ukrainian regions “whose power often supersedes that of civilian local governments and which are funded directly” from the capital.

The report stressed that despite their dissatisfaction with Kiev’s policies, Ukrainian mayors see fighting against Russia as a top priority. But it warned that as the conflict grinds on, Ukraine may fall back into political infighting, which marked the entire period of the country’s post-Soviet independence.

Contributing to the rift is the fact that Zelensky’s Servant of the People party performed poorly during the 2020 municipal elections, allowing candidates from other parties to be elected to various offices. At the time, both the president and the ruling party were deeply unpopular among voters, who were disillusioned with his government’s policies.