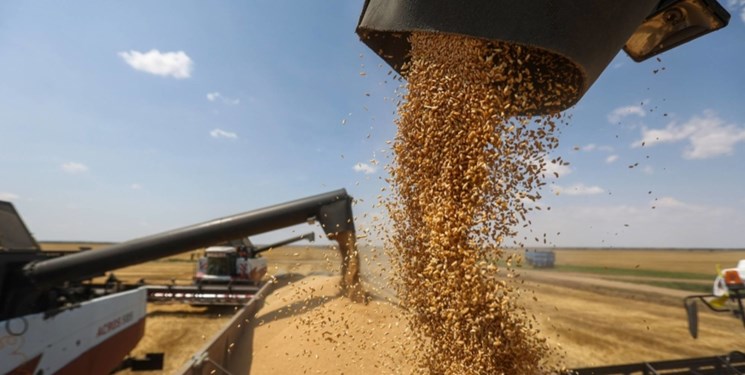 TEHRAN (FNA)- Sanctions are disrupting grain harvests in Russia and could exacerbate the food crisis overseas, Agriculture Minister Dmitry Patrushev said, adding that the country may have to revise its export plans.

Russian farmers are having trouble meeting their harvest plans, the minister said on Friday, as reported by the Agriculture Ministry’s Telegram channel.

He cited severe weather conditions in some regions, including heavy rain and winds, as well as “difficulties” with imports of spare parts for farm equipment as reasons why the yield has been “significantly lower” than last year.

“All this creates risks for reaching the target of harvesting 130 million tons of wheat. Of course, we will completely meet the needs of our market. It won’t be a problem,” Patrushev said.

“However, if we fail to meet our [harvest] plans, we will be forced to review our export plans of 50 million tons. This, in turn, could negatively impact the global crops market,” Patrushev added.

According to the ministry, Patrushev warned that the amount of available wheat will decrease globally this season due to a number of factors, including droughts in the US and Europe, floods in Australia and extreme weather in India. All of this, combined with “logistical restrictions”, creates “serious risks to global food security”, Patrushev said.

The UN has warned that the disruption of grain exports from Ukraine, another major wheat producer, would hurt African and other developing states, creating an “unprecedented global hunger crisis”.

After the recent Russia-Ukraine deal brokered by the UN and Turkey, a grain ship left Ukraine’s Black Sea port of Odessa on Monday, the first such occurrence since the start of the conflict.

Many countries, including the US and EU, imposed sweeping sanctions on Moscow in response to its military operation in Ukraine, which was launched in late February.