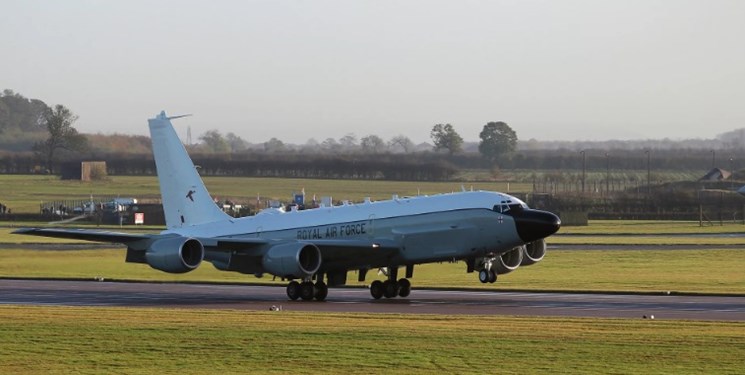 The RAF's fast jet pilot training backlog has turned into a full-blown crisis due to a plethora of “emerging” problems, the outlet cited leaked documents as revealing.

Delays in training pilots could impact availability of crews to operate Typhoon and F35 squadrons, defence sources have warned. The problem is reportedly also affecting pilots training to fly military transport planes and helicopters, as well as Royal Navy and army aviators.

While there has been no suggestion of any forced redundancies, the severity of the backlog had prompted the RAF to consider asking up to 30 of its recruits to quit voluntarily, according to an internal memo from May and slides from a meeting of top RAF officers in July cited by the publication. One note warned of a "reputational risk" if such a step were to be taken.

Some 347 trainees, dubbed “holdies”, are currently waiting for a slot on a training course or a "refresher" course, one memo revealed. This represents more than half of the 596-strong personnel in the total UK flying training system. Furthermore, some 80 personnel will have to wait three-and-a-half years to receive multi-engine training – a requisite requirement for operating transport aircraft such as the A400m and the C-17. The same applies to crews of Rivet Joint reconnaissance aircraft and the Poseidon multi-role maritime patrol aircraft. Recruits would have to wait between two-to-three years to learn how to fly a Chinook helicopter.

Among some of the problems singled out was the Rolls-Royce engine on the Hawk jet, used by fast jet recruits for training. The leaked memos suggested it would "reduce pipeline capacity over the next three years" and increase waiting times for some trainees to about 12 months.

Another concern was the "damaging drain" of qualified instructor pilots quitting the RAF for better-paid jobs in industry.

"The draw is so great from such a small pool we are approaching a critical mass point," one slide seen by the outlet stated.

Already limited training space is reportedly being taken up by a commitment by the UK to train pilots from Qatar and Saudi Arabia as part of a deal to sell the country's Typhoon jets. This has drawn out the waiting time for RAF pilots to complete the final stage of their training within the Operational Conversion Unit, according to a defence source. With just 43 slots available, only 11 trainee UK pilots are scheduled to go through the conversion stage of fast jet training to learn how to fly an F35 or a Typhoon this year, warned the report.

Weighing in on the situation, an unnamed former senior air force officer branded the training situation "a scandal and crisis", adding that it was not new and has been a chronic problem for almost 30 years.

"At the moment, it's the biggest f*** up in the RAF," a serving officer was quoted as saying, adding, "To have a selection process that is second only to astronaut selection, so you're getting the cream of the cream, and then make them complete their flying training over a six-to-eight-year process, when it should only take two-to-three years, is absolutely mad, especially when it is taxpayers' money."

However, one serving RAF source denied there was a crisis, clarifying that this year’s difficulties were linked to the air force plans to retire a number of aircraft as part of a modernisation push.

According to sources, Russia's special military operation in Ukraine has also added fuel to the fire. According to them, the RAF has been under pressure to provide more fast jets and crews to airspace of NATO allies.

As an example, they cited an occasion when instructors at the Operational Conversion Unit at RAF Coningsby had to reschedule their training courses to fly the quickly-scrambled Quick Reaction Alert jets.

To wrestle with the emerging training challenges, sources said that a senior group of RAF officers met three to four times a year.

The cited training glitches have resulted in changing demographics within the service. Thus, the average age of a newly-qualified pilot across the RAF has risen to 29 from early-to-mid 20s, which could have "significant implications for future professional development, reach and retention", one doc warned.

Some of today’s problems can be traced back to the end of the Cold War, defence sources added. They deplored the manner in which successive UK governments sought to cut defence spending, repeatedly shrinking the size of the RAF, army and Royal Navy, with frontline squadrons dropping to seven from an original of around 30. Furthermore, the report said that plans had been drawn up to privatise much of the military's flying training.

"The system has been pared back to only work if everything turns out perfectly," a former RAF officer said.

In response to the report, an RAF spokesperson was cited as saying that whilst there are “challenges with the training pipeline”, the service was “working across defence, with industry and our international partners to improve the training experience and results for our personnel, including recruiting more instructors and actively managing timeframes for training”.

“We continue to have sufficient aircrew to meet our operational commitments," the RAF spokesperson stated.