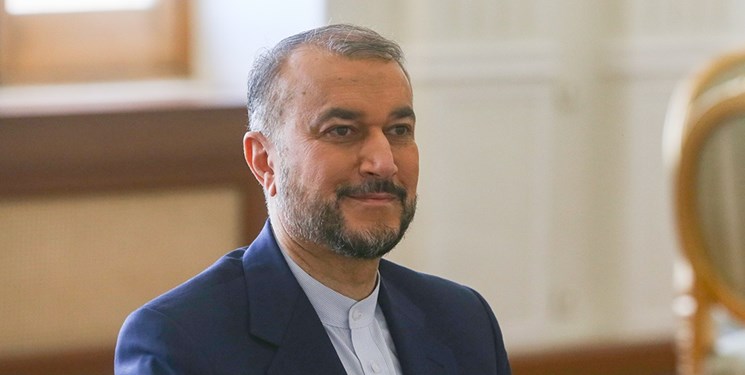 TEHRAN (FNA)- Iranian Foreign Minister Hossein Amir Abdollahian said that Tehran has conveyed its message to Washington through Europe regarding the Vienna talks, and urged the Untied States to adopt a pragmatic approach towards negotiations.

The high-ranking diplomat made the remark during a phone call with his Turkish counterpart Mevlut Cavusoglu on Wednesday.

"We have conveyed our message to America through the Europeans," Amir Abdollahian noted.

"We hope that the American side, with a realistic and pragmatic view and acceptance of the legitimate demands of the Islamic Republic of Iran, will provide the ground for an agreement on the final text," he added.

Iran has repeatedly called on the United States to make a political decision to revive the 2015 accord as an agreement is within reach.

Cavosoglu, for his part, expressed hope that the current negotiations will soon come to a conclusion in order to secure the rights of the Iranian nation and the common interests of all parties.

During their conversation, the two foreign ministers discussed Tehran-Ankara ties as well.

They also discussed the latest Zionist regime’s aggression against the Gaza Strip where at least 46 people, including women and children were killed. Amir Abdollahian strongly condemned the Israeli onslaught, and Cavusoglu called the civilians’ killing an inhumane act.

Iran Urges US to Retreat from Unconstructive Positions in Talkshttps://t.co/okTJ24nzva pic.twitter.com/XnIFW2o3Sd

On Monday, an Iranian foreign ministry official dismissed US media reports that a text for restoring the deal with Tehran had been completed and that negotiations in Vienna were finished.

Iranian officials say they had already conveyed an initial response to the draft and would come back with additional views at a later point.

The Nournews website, which is affiliated to the Supreme National Security Council of Iran, reported that Tehran has clearly announced from the beginning that it will not sign a text until it is sure of an agreement on all the discussed issues that will fully secure the interests of the Iranian nation.

Iranian officials have criticized Washington for raising excessive demands from Tehran during the nuclear talks, and blocking efforts to reach an agreement on the Joint Comprehensive Plan of Action (JCPOA). They emphasized the Tehran's will to reach a good, strong and lasting agreement, and stressed that the US should lift unilateral sanctions, and assure Iran that it will not repeat its past mistakes.