Iran Calls on US to Give up Language of Threat 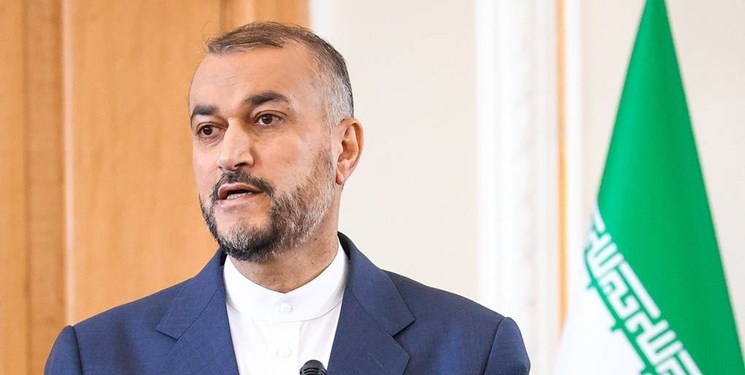 TEHRAN (FNA)- Foreign Minister Hossein Amir Abdollahian blasted the US recent allegations against Iran about plotting to assassinate a former American diplomat, and urged Washington to give up the habit of threatening Tehran.

Amir Abdollahian made the remarks in a Saturday tweet in apparent reaction to recent accusations leveled against Iran by the US about an alleged plot to kill former National Security Advisor John Bolton.

“History ought to have taught the US that language of threat against Iran and Iranians achieves nothing,” Iranian diplomat tweeted.

“Futile attempts at deflection won't allow the US to evade responsibility for the thousands of Iranian and other victims of its involvement in terrorist crimes in our region,” he added.

US authorities claimed on Wednesday that an Iranian operative was plotting to assassinate Bolton in retaliation for the US terror operation that martyred Iran’s anti-terror commander Lieutenant General Qasem Soleimani.

In responce, Tehran dismissed Washington's charges as “ridiculous and baseless”. Iran stressed that making a fake story of a plot to assassinate Bolton will not help the United States whitewash its own crimes, specially the assassination of Lieutenant General Soleimani.

In mid-July, Iran slapped sanction on several US individuals and officials for their support for the anti-Tehran Mojahedin-e-Khalq Organization (MKO) terrorist group, noting Washington continues assisting the terrorist group which has its hands stained with the blood of thousands of Iranian civilians.

Back in January, the Iranian Foreign Ministry declared sanctions against several persons - including Trump, Pompeo and Bolton - who have ordered, perpetrated or cooperated in the assassination of Lieutenant General Soleimani.

Lieutenant General Soleimani, his Iraqi trenchmate Abu Mahdi Al-Muhandis, the second-in-command of Iraq’s PMU, and ten of their deputies were martyred by an armed drone strike as their convoy left Baghdad International Airport in January 2020.

Days later, the the Islamic Revolutionary Guard Corps (IRGC) targeted the US-run Ein Al-Assad in Iraq’s Western province of Al-Anbar by launching a volley of missiles in retaliation. According to the Pentagon, at least 100 American forces suffered “traumatic brain injuries” during the counterstrike on the base. Iran has described the missile attack on Ein Al-Assad as a “first slap".