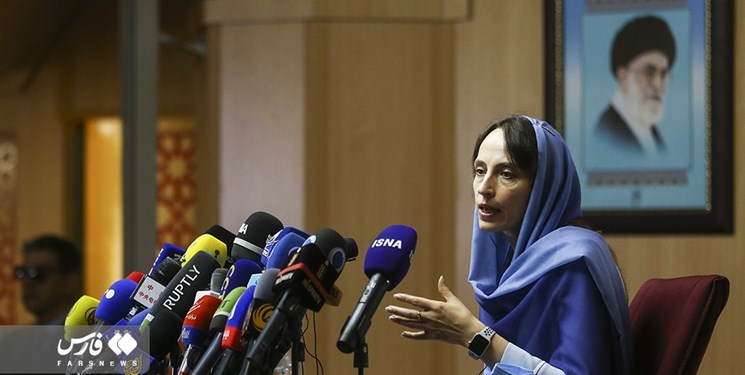 TEHRAN (FNA)- Deputy Judiciary Chief and head of Iran's Human Rights Headquarters Kazzem Qaribabadi stressed serious determination of his country to pursue the outcome of the UN Special Rapporteur on the Negative Impacts of Unilateral Coercive Measures on the Enjoyment of Human Rights Alena Douhan’s report on impacts of Washington's sanctions on Iranians' ordinary life.

Qaribabadi explained the importance of Douhan’s report on the effects of unilateral US sanctions on the Iranian people.

He noted that the UN special rapporteur has clearly stated that unilateral sanctions have affected the Iranian people’s political, social, economic and human rights aspects and have created international responsibility for sanctions.

The judiciary official emphasized that Iran will seriously follow up the results of Douhan’s report so that the destructive and negative effects of sanctions on the people of Iran are truly expressed.

Douhan has recently confirmed in a report the negative impacts of harsh sanctions on the Iranian people, and invited the UN to come up with mechanisms of compensation, remedy and redress for victims of the unilateral coercive measures (UCMs).

Douhan paid an 11-day visit to Iran in May, meeting with the country's human rights officials and members of nongovernmental organizations. The visit was aimed at gathering information on the impact of sanctions in order to hold countries imposing such unilateral measures to account.

In 2018, the United States began to unilaterally reimpose sanctions against Iran after former President Donald Trump's administration abandoned the 2015 nuclear agreement and launched what it called a maximum pressure campaign against Tehran at the time, targeting the Iranian nation with the “toughest ever” sanctions.

Washington has insisted that sanctions on Tehran do not affect the trade of humanitarian items and food. However, strict bans on banking transactions involving Iran have made it impossible for the country to access critically needed medicine and medical equipment over the past years.

Iranian authorities say the Unite States has been bullying companies in Europe and other parts of the world to make them stop trading with Tehran.

Tehran says it will not be able to trust Washington as long as President Joe Biden continues the wrong policy of maximum pressure and sanctions practiced by Trump against Iran. Iranian officials say the Biden administration has yet done nothing but hollow promises to lift sanctions against Tehran. They blast the US addiction to sanctions, and slammed the POTUS for continuing his predecessor's policy on Iran.